In 1813 Napoleon agreed to allow Fernando VII to return to Spain and in 1814 Fernando VII returned to power in Spain. Dramatic changes had occurred in his absence and new forms of governance had emerged. Juntas had formed in Spain and together with representatives from the Americas, they had formed a parliament and drafted a constitution creating a new legal framework for governance. Juntas had also formed in the Americas, creating new administrative structures in the Spanish territories. Initially the king agreed to rule under the constitution, but he soon revoked this promise and set about annulling the constitution and attempting to restore the absolutism of his previous period of rule. He claimed that the Cortes that had established the constitution had been unlawful and initially suggested that he would ensure a lawful constitution was drafted. Ultimately he refused to be a constitutional monarch however, and he undid the work of the Cadiz constitution. Liberal leaders were imprisoned and the cortés was disolved.

Troops are Sent to Re-establish Royalist Rule in the Americas 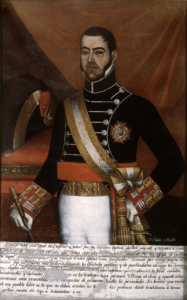 In 1815 he sent forces to re-establish Spanish rule in the Americas. The troops were sent under the command of Pablo Morillo. Morillo’s army successfully besieged Cartagena at the end of 1815 and very quickly annihilated the opposition throughout Nueva Granada.

The reestablishment of royalist rule was successful in most places. However the region of Río de la Plata proved to be a revolutionary stronghold. In the podcast above, Dr Alejandro Rabinovich speaks about the attempts that were made to reconquer the lost territories.
Daniel Gutiérrez Ardila considers this period in the struggle for independence to have begun on the 6th of December 1815 with the successful take over of Cartagena, and to have ended on the 7th of August 1819 with the revolutionary victory at Boyacá.