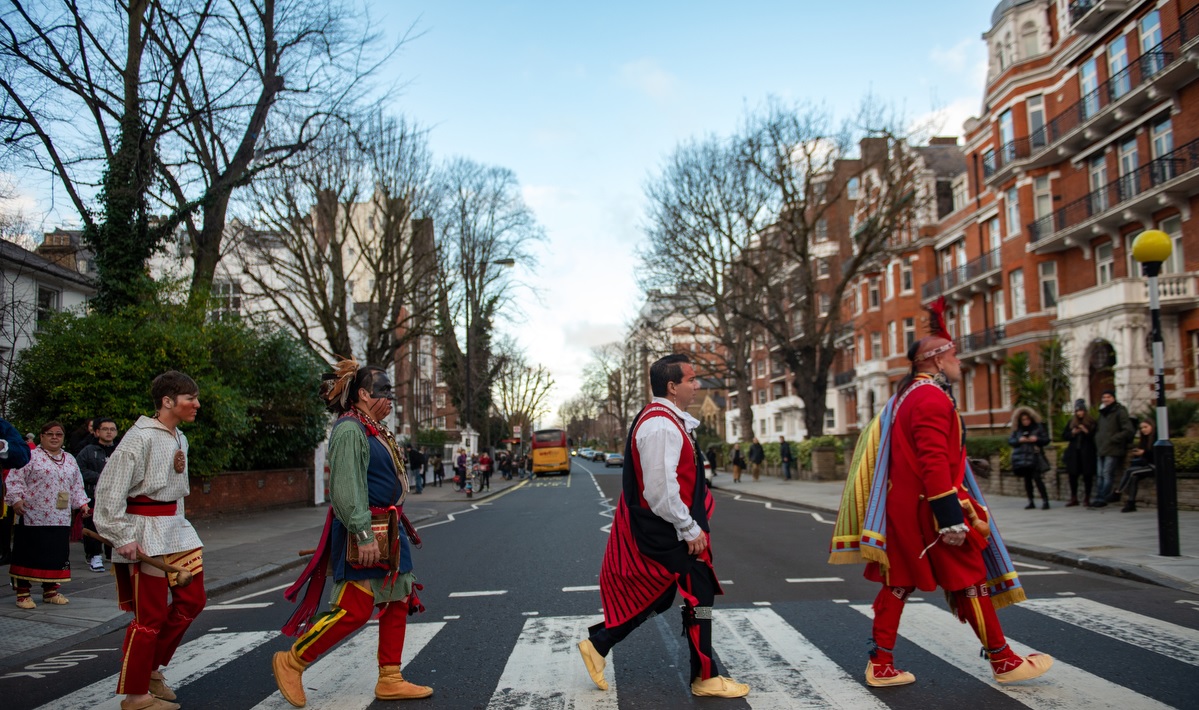 Members of the ‘Beyond the Spectacle’ team have been, and are continuing to, conduct interviews with a wide range of Native North American visitors to Britain. These interviews cover a variety of topics but usually focus on the visitors’ experiences in the UK and their encounters with British people, institutions and culture.

Take a look at the list of our interviewees to date on our People page.

If you have a story you would like to share with ‘Beyond the Spectacle’, do get in touch: beyondthespectacle@kent.ac.uk.

‘Beyond the Spectacle’ Research Associate, Jack Davy, is in the process of creating a guide to regional museums throughout Britain which contain Indigenous North American items in their collections. This will be a valuable resource for members of the public, but especially for Native North American visitors to the UK, wishing to examine cultural artefacts which are held in museums outside London. Head over to our Museums page to view this guide. 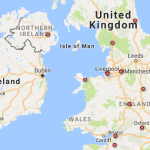 One major element of this project is to utilise a range of software to provide interactive, digital maps of Native North American presence in the United Kingdom. These maps will not only show the extent to which Indigenous visitors and residents have covered almost every corner of the British Isles, but will also allow us to trace some of the journeys that these individuals and groups made. On the whole, it will provide a dynamic and engaging way to present our data and to help other scholars, members of Indigenous communities and the wider public make use of our findings.

Head over to our Map page to find out more.

To mark the centenary of the end of the First World War, ‘Beyond the Spectacle’ Research Associate, Kate Rennard, shared a series of stories of Native North Americans who were involved in the war effort and whose service saw them travel to Britain during the conflict. These can be viewed on our Blog and via Twitter.

‘Beyond the Spectacle’ is working closely with Namgis and Kwa’kwaka’wakw carvers, Salford City Council and Fortis Construction to see the restoration, re-siting and rededication of a totem pole on the banks of the Manchester Shipping Canal – where it stood when it was originally erected in the 1960s. To find out more about this, please visit the Salford Totem Pole website.

In 2018, ‘Beyond the Spectacle’ collaborated with Sierra Tasi Baker, a Kwakwakw’waka artist and activist, and the Horniman Museum to raise grant funding from the Canada Council to bring Sierra to London for the opening of a new exhibit at the Horniman, which Sierra had been integral in developing. There she was the only Indigenous representative present from any of the cultures on display, following keynote speaker Professor Mary Beard onto stage and making a powerful case for the future engagement of Indigenous peoples in displays of their historic material culture. Read more about this in our blog-post here.

During her visit, Sierra also visited a number of museum collections of Kwakwaka’wakw material culture, made contacts in London’s contemporary Indigenous art scene and provided two detailed interviews for ‘Beyond the Spectacle’ on her impressions as an informal ambassador for her people in Britain. ‘Beyond the Spectacle’ is hugely appreciative to the Horniman Museum and the Canada Council for their support and most especially to Sierra for her enthusiastic engagement with the project and relevant issues therein. Sierra now runs the Skyspirit Consulting Native consultancy in Vancouver.

One of the core goals of ‘Beyond the Spectacle’ is to facilitate the continuing travel of Native North Americans to Britain and, as such, the project is organising four artist residencies.

The first of these, which took place in May-June 2018, saw Laguna Pueblo painter, Marla Allison, spend a month in Bristol, where she was hosted by Rainmaker Gallery. During her time in the UK, Marla travelled around the country, created some excellent original pieces of art, and gave the keynote at a special symposium, entitled ‘Indigenous Art in Britain’, held at the University of Bristol.

The second artist residency will see Kwakwaka’wakw artist, Sonny Assu, spend a month in Norwich in the summer of 2019, where he will help to curate an exhibition at the Sainsbury Centre for Visual Arts, as well as creating original work and delivering the keynote at a symposium to be held on 19-20 July.

To find out more about Sonny and his work, visit his website.