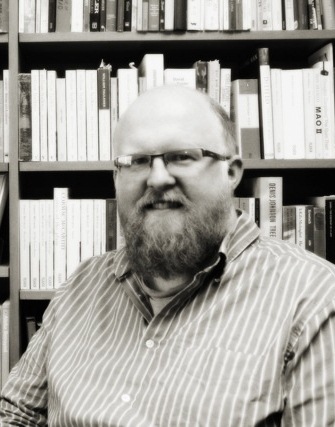 David Stirrup is Professor of American Literature and Indigenous Studies at the University of Kent, and Principal Investigator on Beyond the Spectacle. His work to date has primarily focused on contemporary Native American and First Nations literature and visual art. His publications include Visuality and Visual Aesthetics in Contemporary Anishinaabeg Writing (Michigan State University Press, forthcoming), Louise Erdrich (Manchester University Press, 2010), Parallel Encounters: Culture at the Canada-US Border (Wilfrid Laurier UP, 2014, co-edited with Gillian Roberts), and Tribal Fantasies: Native Americans in the European Imaginary, 1900-2010 (Palgrave, 2012, co-edited with James Mackay). From 2012-2015 he was Principal Investigator on the Leverhulme International Network “Culture and the Canada-US Border”.

David’s individual project within the Beyond the Spectacle framework will predominantly focus on diplomats and performers, and, of course, the intersection between the two – thinking, for instance, about the ways a certain kind of performance of “Indianness” becomes a pre-requisite to the diplomatic trip, and about the ways performances produce political and diplomatic effects. In addition, he is interested in particular in Ojibwe travelers and in the broader histories and theorisations of Indigenous mobilities.