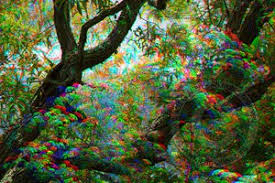 All over the world plants are cultivated, harvested, processed and consumed in order to alter human perception, shift moods and enhance our thought processes. Classificatory practices in recent years have been heavily influenced by legal and normative pressures and tended to focus on synthetic or derived substances, that were labelled psychoactive, or mind or mood altering. Often these classifications come with an implicit assumption that there is a neutral or default mental state which is often called sober and by extension rational.

Our assumption in this webinar series is that the relationship between plants and humans is much more pervasive and extensive, that people have historically been resorting to a wide range of plant-based substances that would continuously impact on perceptions and mood. In human adaptation to landscapes, the selection and propagation of plants that produce particular mind-opening and mood-enhancing effects was a consistent driver. The production of plants with particularly powerful or desired effects, often to coincide with festivals that were timed along the natural calendar, may well have been one of the precursors to agriculture.

In most agricultural societies the cultivation and collective consumption of a particular, privileged plant takes a central place in social life and is integral to spiritual life and religion. According to Weston la Barre the production of plants and their processing into substances that are taken and enjoyed for the effect they have on mind and mood is a feature that defines what it is to be human. Though this is found across all cultures, there are also such differences in the appearance and the effect that the universality is not often recognised. Plant products from exotic or alien cultures are therefore often stigmatized as ‘drugs’ and socially excluded, while native substances are celebrated, their effect trivialized, and their character is often occluded, a process that is exponentially intensified with commodification.

With the commercialisation of almost all aspects of consumption and the disenchanting and de-sacralising effect this is having on plants, their producers and the consumers, the public discourse today is structured by the “psychoactive drugs” model and dominated by regulative and public health concerns. The concerns over possible harms have given a charter to violent repressive measures ranging from the incarceration of consumers to the destruction of fields in the name of crop eradication. The starting point of this seminar series is that the repressive approach that has been taken by most governments and is anchored in the United Nations drug control conventions is conceptually deeply flawed and is responsible for creating many of the problems, including criminality and such acute health harms as overdose deaths and the spread of blood borne viruses that are often associated with the substances themselves.

Our aim in this series is to shift the paradigm by moving the discussion to different topics. We are looking at different plants -tobacco, cannabis, opium poppy, coca, grapes and hops- with a view to de-stigmatize and re-normalise plants that have been or are being demonized. We recognise that there are serious health harms that need to be considered, but advocate low tech fixes that involve consultation, dialogue and socialisation. These seminars are part of an effort to remove the stigma and to devise a new model of social regulation.