Oral historian Dr Paul Merchant talked about his aUnderstanding Unbelief project at the British Library, exploring the nature and diversity of unbelief and tips and tools for finding very particular material in large collections of audio archives.

Exhibition ‘The Unbelievers’ by Aubrey Wade at the Gregorian University Rome installed for the Cultures of Unbelief conference. Photo credit Lois Lee.

Cultures of Unbelief also marks three significant anniversaries in the academic study of ‘unbelief’: the 50th anniversary of the Vatican’s pioneering ‘Culture of Unbelief’ conference in 1969; the 10th anniversary of the Nonreligion and Secularity Research Network’s (NSRN) 1st conference (Oxford University, 2009); and, the work of the landmark $3m research programme, Understanding Unbelief, funded by the John Templeton Foundation (University of Kent, 2017-20).

Belief and unbelief: Supporting communities in times of national tragedy

As the country’s religious composition continues to shift what shape should support take when religious rituals are not relevant to more than 50% of the population? In addition, what do these changes mean for policy makers, media and communities when providing support in times of crisis?

A collaboration between NatCen and the Understanding Unbelief programme this half-day symposium will explore the UKs changing religious composition and deliberate moral leadership in times of crisis.

Reaching for a new sense of connection? The diversity of nonreligion in Europe

In this public lecture at Kingston University London, Professor David Herbert and Dr Josh Bullock reflect on their Understanding Unbelief project which has examined the nature and diversity of unbelief, practice and social connections among nonreligious Millennials in six European countries. 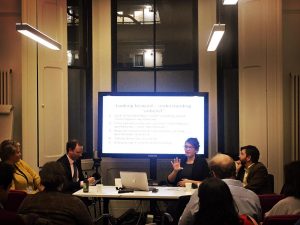 How should Religious Education respond to a changing religious

Dr Lois Lee joined Rudolf Lockhart (CEO of the Religious Education Council for England and Wales), Andrew Copson (Chief Executive of Humanists UK) for a discussion about adapting the syllabuses and practices of Religious Education in Britain to a transforming religious and non-religious landscape.

A Nation of Unbelievers?

Dr Lois Lee was invited to NatCen to discuss whether the nonreligious really are the UK’s ‘religious’ majority – and what this means for society. In September, findings about the nonreligious from NatCen’s British Social Attitudes Survey hit the headlines. The data showed that people not affiliating with a religion are now a majority in the UK, and a very large outright majority in the younger age cohorts. In this talk, Dr Lois Lee – a sociologist specialising in the study of nonreligion and atheism – considers what these figures tell us about the British religious landscape. Find out more here…

The Beaney House of Art and Knowledge, Canterbury CT1 2RA

Non-religious people often experience, and revere, the presence of their deceased relatives. Unfortunately, such experiences usually fall into an academic category called ‘religious experience’, demonstrating how badly misunderstood are today’s unbelievers. In this year’s NSRN public lecture Professor Abby Day from Goldsmiths, University of London will discuss current research with UK unbelieving ancestor-worshippers and offer cross-cultural comparisons to ask – how can we learn from their experiences to inform us about unbelief, nonreligion and the richness of human experience? 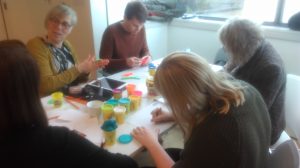 The Beaney House of Art and Knowledge, Canterbury CT1 2RA

The place of religion in British people’s lives is changing – and changing fast. Around half of the population say they have no religion , whilst many others are now exploring religious, spiritual and existential questions outside of traditional religious settings. 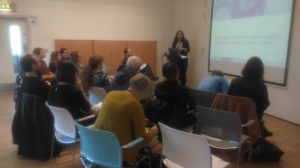 If religious belief is not disappearing per se, it is certainly transforming – and to understand it we need to consider not only what beliefs are being lost, but also what new beliefs people are finding through these dramatic processes of change. We welcome you to the Unbelief Café for an afternoon of talks and activities exploring what it means to be an unorthodox believer or ‘unbeliever’ in the modern world. Participants have the chance to share and discuss their own beliefs, and to learn more about belief and unbelief from leading experts in the field.

The Unbelief Café was held as part of the 2017 Being Human Festival 17-25 November 2017. Being Human is led by the School of Advanced Study, University of London in partnership with the Arts and Humanities Research Council and the British Academy.

Belief and Beyond Belief Festival, Southbank Centre, London: Meaning for Atheists: What do Atheists Believe?

A panel of writers, atheists and religious leaders discuss the origins and 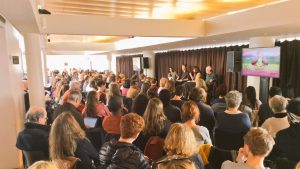 underpinnings of atheism, including Nick Spencer, Director of Research at Theos Think Tank and author of a number of books, includeing Atheists: The Origin of the Species; Richard Norman, Emeritus Professor of Moral Philosophy at Kent and co-editor of Religion and Atheism: Beyond the Divide; and Lois Lee, who is Research Fellow at the University of Kent and leads the Understanding Unbelief research programme. Her books include Recognising the Non-religious: Reimagining the Secular and The Oxford Dictionary of Atheism. 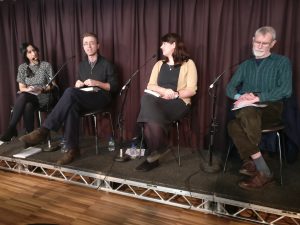 This event was held as part of the Southbank Centre’s Belief and Beyond Belief festival, a yearlong exploration of  music, art, culture, science, philosophy, ritual and traditions that have risen out of religion in its many guises. Learn more about the festival and its full programme of events here…

The SSNB symposium presented a series of events exploring current and future knowledge of so-called ‘unbelief’ from the perspectives of anthropology, psychology, sociology, media, policy and law.

SSNB Roundtable: Who cares about unbelief?

SSNB Lecture Series: What is a Human?  The American Public’s Views and the Impact on Human Rights

Roundtable: Who cares about unbelief? Social, political and legal questions for the scientific study of nonreligious belief

Location: 78th Annual Meeting of the Association for the Sociology of Religion, Seattle

SSNB Lecture Series: Voices and Other Guiding Presences in the Emergence of Four Religious and Nonreligious Social Movements