Select press and media coverage of Understanding Unbelief and affiliated work can be found below. For press enquiries, please email info@understanding-unbelief.net

Exhibition ‘The Unbelievers’ by Aubrey Wade at the Gregorian University Rome installed for the Cultures of Unbelief conference. Photo credit Lois Lee.

Understanding Unbelief’s participation in the second The Religion in the Media Festival, London 30 April 2019

Announcement of Understanding Unbelief’s capstone conference in Rome May 2019

Why atheists are not as rational as some like to think

Dr Lois Lee for the Conversation discusses the science of atheism:

The conundrum of how to prove you hold a nonreligious worldview

Select press coverage of the finding of the 2016 British Social Attitudes (BSA) Survey that unbelievers’ now comprise 53% of the UK population.

Spiritual But Not Religious

Select press coverage for Stephen Bullivant’s report, ‘The “No Religion Population of Britain”. Research funded by the Department of Evangelisation and Catechesis of the Catholic Bishops’ Conference of England and Wales. Published by the Benedict XVI Centre for Religion and Society. 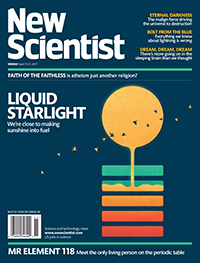 Is atheism a religion?