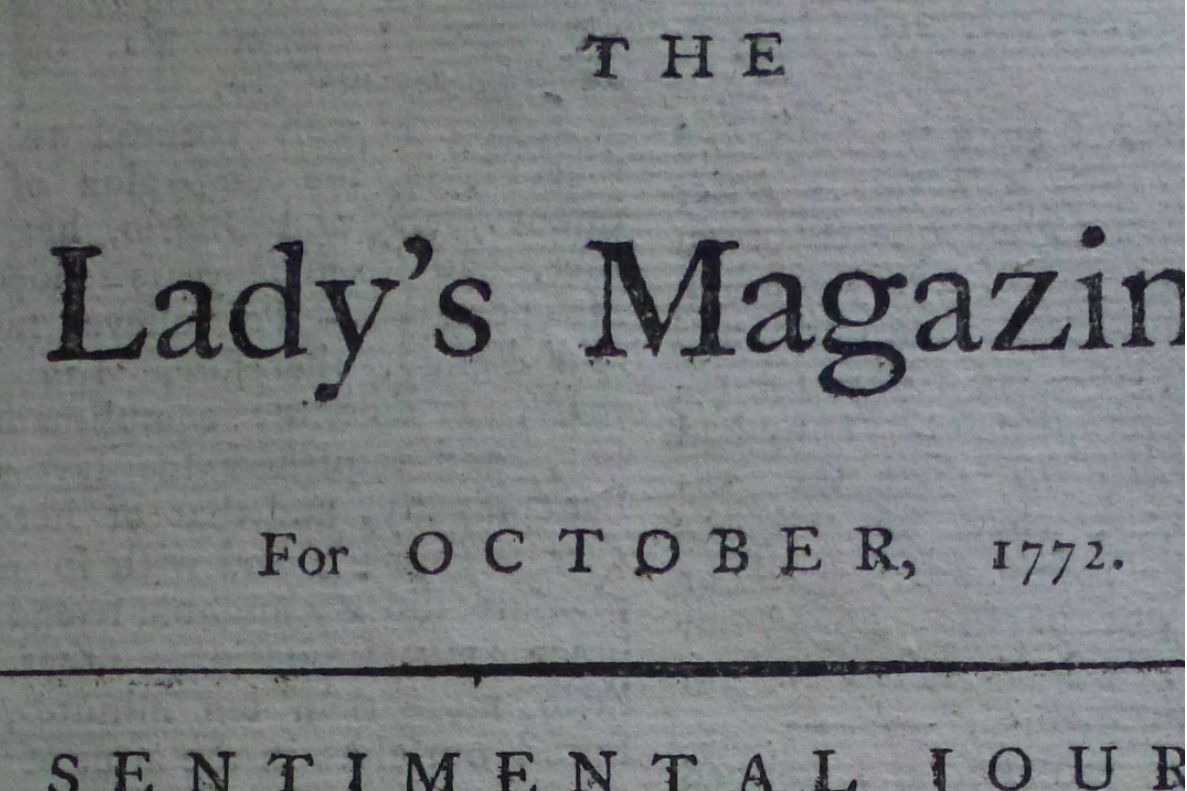 The Great Lady’s Magazine Stitch Off is a public engagement project that began in December 2015 after Professor Jennie Batchelor acquired a copy of the 1796 Lady’s Magazine from one of our blog readers, which contained rare surviving embroidery patterns.

Patterns were one of the key selling points of the magazine from its first publication in August 1770. Relative to the number of surviving copies of the magazine, however, relatively few have survived to the present day. They were, after all, designed for use. The discovery of so many patterns was exciting. When Jennie shared them on Twitter, several people contacted her immediately to say that they would like to make them.

The ‘Great Lady’s Magazine Stitch Off’ was designed to make this happen.

Since the beginning of 2016, dozens of people in North America, Europe and Australia have recreated our patterns and have shared the results on our Twitter and Facebook pages and our blog.

One piece by Alison Larkin has been exhibited at the Captain Cook Memorial Museum in Whitby.

Many, many more were one display in a dedicated display at the Chawton House Library ‘Emma at 200’ exhibition from March to September 2016. You can read about the exhibition, here, in Jennie’s article for The Quilter or watch our 5-minute video about the Stitch Off, and needlework in the time of Jane Austen by clicking below.