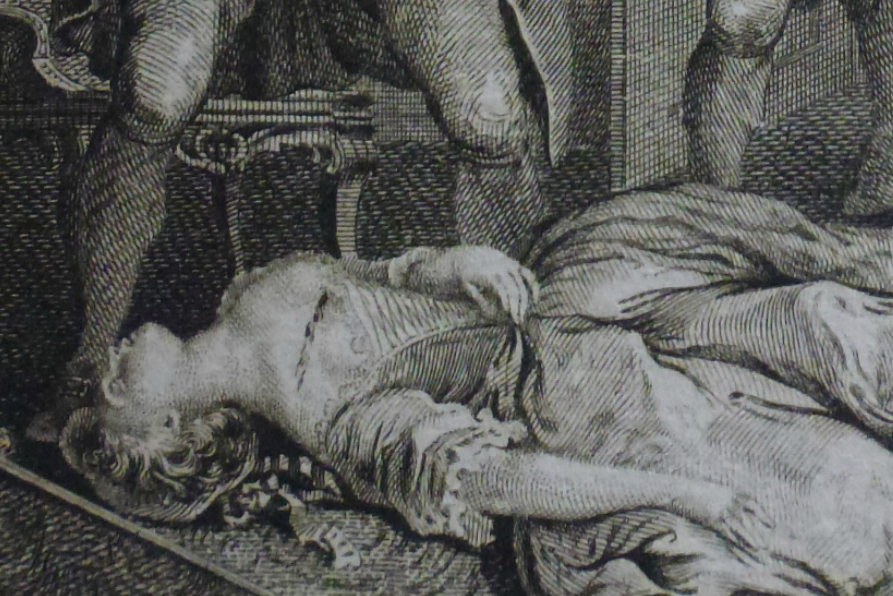 ‘The Lady’s Magazine (1770-1818): Understanding the Emergence of a Genre’ was a two-year project funded by the Leverhulme Trust Research Project Grant scheme.

The project team was based at the University of Kent and was led by Professor Jennie Batchelor. Jennie worked closely with the project’s two full-time Postdoctoral Researchers: Dr Jenny DiPlacidi and Dr Koenraad Claes. Its aim was to shed new light on one of the first and longest running monthly women’s magazines.

In an 1840 letter to Hartley Coleridge, Charlotte Brontë wrote that she wished ‘with all [her] heart’ that she ‘had been born in time to contribute to the Lady’s magazine’. 170 years later the publishing history and cultural and literary importance of a title, much of the original content of which was produced by unpaid reader-contributors who helped to generate 13 issues of content per annum for an astonishing 62 years remains undocumented.

This project filled this significant gap through a detailed bibliographical, statistical and literary-critical analysis of one of the first recognisably modern magazines for women from its inception in 1770 until the launch of its new series in 1818. In its two-pronged book history/literary critical approach, it set out to answer three key research questions

In response these questions, we have produced a freely-accessible and fully annotated index of the magazine’s content for its first 48 years. Titles of articles are accompanied by author names or pseudonyms.  Attributions have been made and sources given for non-original content wherever possible. Since the titles of articles are often misleading (an article purporting to be about women’s dress might make a impassioned plea for reforms in female education, for instance), content has been tagged by genre, key stylistic features and prominent keywords (marriage, education, politics, for example).

We have analysed the data we have collated in the form of numerous conference and workshop presentations and in the form of three book chapters due to appear in The Edinburgh History of Women’s Periodical Culture in Britain, 1690s to 1820s, edited by Jennie Batchelor and Manushag N. Powell (Purdue University).

In addition we have published numerous articles on the magazine’s authors, their profiles of magazine contributors and statistical and interpretive analyses of the shifting content of the magazine over the course of its long history on our project blog.

Our annotated is freely available here in a downloadable Excel spreadsheet. You can also freely access our index in web format via the Adam Matthew Database Eighteenth-Century Journals V.

We hope that these research aids will promote further research by scholars and other interested parties on the Lady’s Magazine, late-eighteenth-century periodicals and Romantic-era print culture more widely.