Juan Luis was awarded his DPhil in Modern History by St Antony’s College at the University of Oxford. His research revolves around the political history of Chile and Latin America in the 19th century. His focus is on Latin American independence and the construction of the republican state. He has published in a number of specialised journals such as the Journal of Latin American Studies and the Anuario de Estudios Americanos. 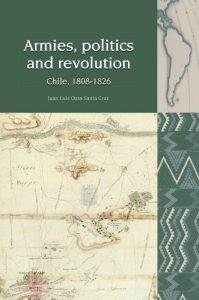 His book, Armies, politics and revolution. Chile, 1808-1826 was published by Liverpool University Press (2014). He is currently a researcher in the School of Government and the Director of the Centre of Political History at the University of Adolfo Ibáñez.

Full-text versions of some of Juan Luis’s articles can be found here.

Juan Luis has created a variety of podcasts for the War and Nation Research Network. In the podcast below he speaks about the formation of juntas in South America.