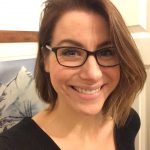 Quantitative research has drawn attention to the significance of the family, education, and geographical variation in contributing to declining religious belief, affiliation, and practice, and to increasing numbers of children identified as nonreligious. There is however a lack of knowledge about the nature, varieties, and substance of children’s unbelief, in the UK and other global settings. Previous research on religion and socialization has been dominated by North American studies, based on largely white, Christian samples or surveys of teenagers, which have charted the decline of religious identification and belief but have not explored unbelief as an area of inquiry in its own right. Situated in conversation with a small but growing literature on childhood and religion in sociology, anthropology, and religious studies, this project will address what it means to be unbelieving for children in the UK. This will fill an important gap in our understanding of the substantive nature and forms of children’s unbelief, enabling future comparative and theoretical work on children’s nonreligious formation and their cultures of unbelief.

Attentive to children’s agency, the project will deepen understanding of the ways in which children negotiate, construct, and reconstruct unbelief, and how this is shaped by the actions of adults in relation to them. The project builds on research focusing on nonreligious young people and on how nonreligious parents are raising their children, their educational choices, and their nonreligious identification of their children through providing insight into the cultures of unbelief of children themselves. Through comparative ethnographic fieldwork with primary schools located in three contrasting geographical microclimates in the UK, the project will examine the experiences, beliefs, and values of unbelieving children as they move between everyday spaces of school and home. Since the majority of those holding significant religious unbeliefs identify as not religious, the study will focus particularly on children identifying as not religious, and will address the following research questions:
1) What does it mean to be unbelieving for children? What are the material, emotional, embodied, and relational dimensions of their unbelief?
2) How, when, and where do children learn to be unbelieving? What does this mean for them and for adults in relation to them? How do children negotiate and experience their unbelief as they move across a range of social settings, including school, home, and other social spaces?
3) How are children’s unbeliefs interrelated with particular worldviews and existential cultures? What range of beliefs, practices, identities, and moral orientations are held alongside their unbeliefs?
These questions are also relevant to wider public issues, enabling insight into how unbelieving and nonreligious children interact with aspects of religious education or collective aspects of worship in schools, and what it might mean for the latter to be continued in the context of growing numbers of nonreligious children. Is there currently an adequate public language through which such children are helped to recognise and reflect on their existential commitments? How and to what extent does children’s unbelief provide a moral orientation for their lives?