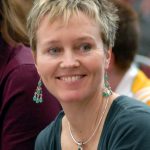 The project will proceed in two phases. Phase 1 will be a pilot study of 30 elders (individuals over 75) that will include both non-religious and religious respondents for comparison. The purpose of the pilot is to test both the screening and interview instruments and improve these as needed. Phase 2 will be a larger study of 100 additional respondents focusing specifically on non-religious individuals. Phase 1 will be conducted at the Mary Wade Home (MHW), a facility providing assisted living and off-site elder services in New Haven, CT. Phase 2 will begin at MWH but will extend to additional facilities across the greater Connecticut and New York area.