Reaching for a new sense of connection? Towards a deeper understanding of the sociality of generation y non-believers in northern and central Europe 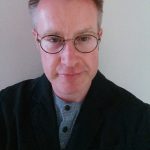 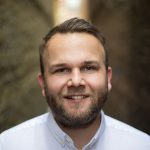 This project will contribute to mapping the diversity of unbelief in Northern and Central Europe by using survey, social media and interview data across six countries (UK, Netherlands, Germany, Poland, Norway, and Romania). Surveys shows that unbelievers have a distinctive profile compared to the general population on several indicators related to sociality, collective identity and cultural transmission. For example, they tend to rank family as less important, to identify less with people for whom tradition is important, and to be less willing to fight for their country; but more likely to rate friendship as very important.

This evidence suggests a distinctive, less (or differently) embedded, sociality, and lower social conformity, compared to believers. It also suggests a different reading of Bainbridge’s (2005: 2) finding that ‘atheism is … more common amongst those whose social ties are weak’; kinship and ties to traditional collectivities may be weak, but friendship and other voluntary ties may be as strong or perhaps stronger. So this is the starting point for our investigation: we aim to understand better what appears to be the distinctive sociality of unbelief, in a climate of increased religious visibility and religion-based communal identification (if not participation) at three different scales: at the macro scale, as suggested by survey evidence, at the meso-scale, evidenced through the growth in virtual networks and collective expressions of unbelief, and at the micro-scale, in the biographies (investigated through interview) of a specific age group, Generation Y (born 1982-1999) of self-identified unbelievers.
To assess the role of culture and environment in shaping unbelievers’ sociality we will interview people from diverse backgrounds, including post-Communist societies, (eastern Germany, Poland, Romania), environments with strong pressures to religious conformity, (both in the majority culture and minority subcultures); in strong welfare state environments and in less secure contexts; in mixed Christian heritage environments, and with different majority religious heritages (Protestant, Catholic, Orthodox). We will also sample in environments which have experienced rapid (Netherlands) and gradual (UK) secularization, in cosmopolitan and parochial environments (big cities and small towns), and in environments that have high and low levels of unbelief. By interviewing unbelievers in these different situations we will shed light on both the commonalities and differences of experience amongst unbelievers across Northern and Central Europe today, on the formation of unbelieving social networks, and on the diversity of meanings of identification as an unbeliever.
In analysing our data we will bring new theoretical perspectives to the study of unbelief, especially from media and cultural studies, for example in analysing the material and visual culture of unbelief in relation to the heightened visibility of religious symbols in European settings (Göle 2011). We will contribute to building new theory, beginning by using Herbert’s theory of religious publicisation (2011), which explains how the heightened visibility of religion in Europe is produced at a time of continuing secularisation amongst majority populations, and identifies a series of changes in media and communications culture which may also help to explain the increased visibility and public identification of unbelievers.

Find out more, and follow the development of Herbert and Bullock’s project, at their blog site