Unholy catholic ireland – Unbelief, morality and the rejection of the church 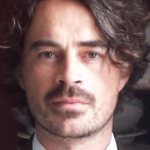 My project examines the nature of unbelief in the Republic of Ireland, focussing in particular on its relationship to the moral rejection of Catholicism. I will examine the various configurations of unbelief that have emerged in this context and how they may vary according to such factors as age, gender and socioeconomic status.

This increase in the rejection of Catholicism has often been strongly linked to the sustained wave of clerical abuse and other Catholicism-related scandals which emerged in the early 1990s and persist to the present day, but it should also be understood in the context of opposition to Catholic influence in such areas as education provision and abortion legislation. This has created a charged situation whereby a deeply embedded but ‘tainted’ hierarchical institution is widely perceived to act as a lingering impediment to individualistic visions of moral progress and autonomy. In this context, arguments for the desirability of further secularisation are greatly strengthened by narratives around the Church’s past failings, the cultural Catholic ‘default’ can be constructed as a form of irresponsible complicity, and what remains of devout Catholicism appears increasingly self-reflexive and defensive as it is called upon to give an account of itself, with polarised rhetoric further amplifying these divisions and casting divergent moral worldviews against one another. These factors build upon longstanding underlying declines in religious transmission and likely serve to catalyse further withdrawal from Catholicism.

Through use of mixed methods including fieldwork, surveying and interviews, I will describe the beliefs and values of the new Irish ‘nones’ that are now rapidly emerging against this charged cultural backdrop, how they view the society around them, and what they would like to see take its place.