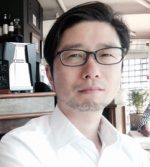 This project explores religious ‘unbelief’ in Japan and its relation to moral and political positions. Research suggests that Japanese unbelief might be quite different from the West. For example, most Japanese atheists still practice and participate in religious rituals. Exploring unbelief in Japan where the concept of religion is ‘invented’ by the West and its religiosity is distinctive in terms of historical and social contexts offers us opportunities for developing reflexive perspectives on unbelief in the West. This part of the research will be conducted by working with the core ADAC project.

In addition, I bring to the project a specific interest in the ways varieties of unbelief in Japan relate to different political and moral positions by conducting in-depth interviews. By positions, I mean to focus more on the narratives religious unbelievers employ to describe their views on particular issues (e.g. death penalty, warfare, abortion, immigration policy) and to what extent these narratives are grounded in their unbelief (in e.g. God, Buddha or religious teaching, afterlife and superstition) or in their alternative metaphysical and existential beliefs. The central questions focus on: the reasoning involved in the justification of respondents’ support for or opposition to key political and moral issues; what values they present to legitimise their reasons; how they prioritise these over other values. At the heart of the discussions over these issues are competing expressions of belief in various values (e.g. rights of the victim vs. the sanctity of the offender’s life). Thus, determining their views involves internal negotiation of these expressions. By asking questions about these complex issues, I aim to depart from a question of ‘whether atheists are moral or immoral’, and consider instead whether it is possible to identify distinctive patterns in the ways in which Japanese unbelievers express their moral and political positions in relation to unbelief.