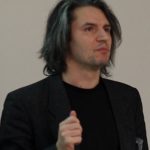 Estonian society is often described as extremely secularized. The country experienced “religious interruption” during the Soviet era and even today the visibility of religion is low. Only a minority (ca 1/3) identifies with religion, religiosity is lodged very deep into private sphere, the importance of religion and belief in God are one of the lowest in Europe and being a very irreligious nation is a part and parcel of national identity. Being secular is a norm. Nevertheless, there is a high level of belief in a spirit or life force as well as a plethora of beliefs and practices that fall under the category of alternative spirituality. Hence, secularity in this context is far from unambiguous.

The project focuses on the patterns of unbelief in the secular majority culture in Estonia and the ways these patterns are connected to religious socialization and national discourse on secularization. By exploring what it entails to be an “unbeliever” in previously unexplored Estonian national context, the study offers new data about unbelief from society where the majority of the population is not religious, contributing to the charting and nuanced conceptualization of unbeliefs. Secondly, focusing on different generations, it highlights internal, socio-cultural impact (e.g. national discourse and (the lack of) religious socialization) on unbelief as well as external influence (“forced secularization”).