Minority millennials and the rise of “religious nones”: A comparative analysis 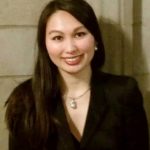 This research project seeks to investigate: 1) How do minority millennials perceive, interpret, and construct unbelief? 2) How do minority millennials’ unbelief influence their civic engagement and political outcomes? How might it emanate transnationally? 3) Finally, how do Hispanic American, Filipino-American, and African-American millennials compare and contrast in respect to unbelief? Overall, there is a marked rise in religious disaffiliation: 20% of the American adult population is now categorized as religious nones, or report having no formal religious ties. Moreover, one in three are millennial, or under thirty years old (Pew Forum on Religion and Public Life, 2012). Despite this fact, very little is known about unbelief. We know less about millennials, and even less across race/ethnicity. Scholars do not know why millennials are increasingly leaving the church, especially in the United States, which is arguably considered the most religious industrialized country in the world.  Moreover, contributions in different disciplines remain largely disconnected from one another. I intend to provide a more detailed account of the diverse manifestations of unbelief.
These questions are important because they address why unbelief has increased among racial/ethnic millennials. While deeply respecting the diverse local contexts of unbelief I want to build wider theories and models that transcend these local boundaries. Since I am cross-trained in Social Sciences and Humanities, I will advance an interdisciplinary intersectional analysis. This research is also important because I would like to explore more ‘hybrid’ configurations of unbelief in diverse settings and will connect qualitative and quantitative work to non-religion, atheism, and in this case, unbelief in order to provide bigger picture patterns.
Regarding my research design, survey questions will draw from the U.S. Census Bureau and Pew Forum on Religion and Public Life. In-depth interview guides will be developed in order to investigate the role of unbelief and its impact on political attitudes and civic behaviour, and how that might emanate transnationally (e.g., possible connections to the homeland). Finally, I will investigate how race/culture/ethnicity may play a role in shaping unbelief. Ultimately, this research study will advance comparative ethnic/racial/cultural analysis on the increasing role of unbelief, and its impact on civic attitudes and political behaviours. Moreover, this question will help scholars understand how millennials of colour navigate their unbelief in their largely religious ethnic communities, and ultimately advance ethnic understandings of secularism in the 21st century.