Life stories of the unbeliever: Existential narratives of living and dying 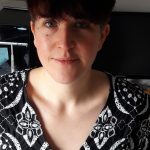 This project explores how narratives about death, pain, or the end of life, are articulated and how this may give shape to an existential culture unique to unbelievers. This research will explore a spectrum of beliefs among unbelievers; from the explicit rejection of religion to more agnostic standpoints. The purpose is to address what beliefs, languages and ideas are embraced or negotiated in the absence of religious traditions. In particular, I am interested in the following questions: How do unbelievers discuss the end of life, pain or suffering? What language and symbols are used? What can life stories tell us about agnosticism and unbelief? How do unbelief narratives deal with the idea of “afterlife” and pain? Do accounts of positive and negative forms of unbelief indicate different kinds of attitude toward death, suffering and the afterlife?

I will start the project working among self-described humanist populations, specifically those working as pastoral carers. I will also work with those campaigning for the expansion of pastoral care services in UK hospitals and the armed forces, to include the provision for the unbeliever. I will employ an anthropological narrative method, collecting life stories with those working in pastoral care who identify as humanist and/or unbelievers. Life stories will add nuance and context to death, pain and the end of life. Such stories will illuminate the numerous shifts and changes within the life cycle of an individual. Life stories also give participants agency to express which parts of their lives have relevance to the formations of their beliefs and particular worldview, allowing the interviewee to determine which of their experiences is relevant to their understanding of death. Finally, narratives require language and in telling their stories participants will illuminate the limits of available language in articulating death, pain and the end of life and the limits imposed on the unbeliever by agnosticism or simply “not knowing” what is to be expected after death.