Kernels of doubt: A cross-cultural examination of the ubiquity and form of religious (non)commitment 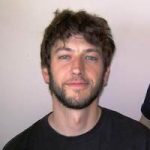 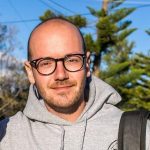 There are many hypotheses regarding the factors that contribute to the rejection of religious commitments. However, the bulk of current studies assessing these predictions are limited insofar as they primarily sample from state-level societies rather than from small-scale societies. Additionally, despite the long-standing appreciation that many traditions emphasize different components of religious devotion, studies typically focus on ideational commitment or belief (doxa) while ignoring practical or behavioural expression (praxis). How persistent and cross-culturally widespread is the rejection of religion? How do people express this rejection? Is this rejection consistent across traditions within societies? This project seeks to detail the frequency and form of religious non-commitment by utilizing a large cross-cultural data set with sub-samples ranging from foragers and horticulturalists to herders and the fully market-integrated. This sample’s (n ≈ 2,000) religious traditions range from animism and shamanism to poly- and monotheism thus providing a wide range of contexts by which to examine the frequency and form of non-commitment. By assessing two different traditions in each field site, it examines cross-cultural variation in society-level emphases of doxa and praxis and rates of religious non-commitment more generally.