Accurately measuring belief in God around the world 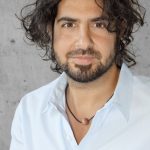 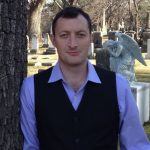 Dr Will Gervais, Psychology, University of Kentucky, US (Co-Principal Investigator)

A solid theoretical foundation for a psychology of religion, and a comprehensive understanding of the role of religious belief and unbelief in the human experience, both require accurate knowledge about how many people actually believe. However, simple self report data is unreliable and this makes an answer to the question—how many atheists are there?—stubbornly elusive. We believe this to be one of the most fundamental unresolved questions in attempts to understand unbelief.

Preliminary data from two nationally representative American samples indicate rates of religious disbelief may be understated—potentially substantially so. Though most recent national self-report estimate the rate of non-belief to be around 11%, using the unmatched count technique—a well-validated method to circumvent response biases— Gervais & Najle (2017) find a much larger number: roughly 26%.

In the proposed project, we seek to widen the scope of this initial research both in scope and topic. Whereas the preliminary research has detected significant religious over-reporting in the United States, we expect that the degree of over-reporting will differ significantly in other countries, and covary systematically with other measures of social pressures reinforcing religious self-presentation. Since there are different social pressures, and indeed legal requirements, throughout the world, we predict that existing self-reports of theistic beliefs will be most exaggerated in highly religious areas, such as Muslim-majority countries where apostasy remains a capital crime. We predict there to be the least exaggeration, and perhaps even a systematic underreporting of belief in countries where religiousness is counter-normative.

We are also planning to make our resulting dataset free to use for other researchers.