Postgraduate Sessions: Are Citizens Causally Responsible for the Actions of their Political Leaders? 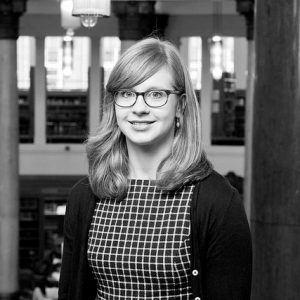 Are citizens morally responsible for the outcomes of political decisions taken by their leaders? To answer this question, we have to establish how citizens could be causally implicated in the outcomes of actions taken by the state. They could stand in the required causal relationship either as a collective or individually. Recent accounts have primarily taken the collective route because of a major obstacle to using an individualistic approach, namely, the problem over-determination. The actions of each citizen do not make an individual difference to the overall political outcome and therefore they cannot be a cause of it. I begin by examining Kutz’s (2007) and Lepora and Goodin’s (2013) accounts of complicity and how they have attempted to show that individuals can be complicit in the outcomes of collective action despite not having made an individual difference to it. I then argue that both attempts ultimately fail and instead I suggest, drawing on suggestions by Parfit (1984) and Wright (1985), that we should allow for the idea that individuals can be causally responsible not only in virtue of making a difference to an outcome as an individual, but also in virtue of making a difference as part of a set of agents. I will apply this to the case of voting in order to show that individual citizens can indeed be causally responsible for the outcomes of political decisions. I therefore conclude that we can overcome the problem of overdetermination for the individualistic approach and that it merits further investigation.

Christina Nick is a lecturer in applied ethics at the University of Leeds, where she has also recently completed her PhD. She previously studied for an MPhil in Political Theory at the University of Oxford and a BA in Philosophy and Politics at the University of Manchester. Her PhD research, which was supervised by Carl Fox and Rob Lawlor, focussed on giving an account of the problem of democratic dirty hands; i.e. understanding situations in which democratic politicians have to commit moral violations for good moral reasons. In particular, she is interested in examining the extent to which we can ascribe moral responsibility to, and maybe even hold accountable, both political actors as well as citizens in cases of moral conflict.