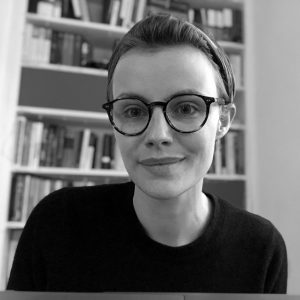 The thought that agents ought not assign extremal credences to propositions they think could be either true or false is intuitively appealing to many. In the Bayesian literature, it has been captured by a putative norm of rationality called regularity. However, arguments against regularity abound, and arguments in its favour are notoriously unsatisfactory. In this paper, I argue that the thought is best captured by a weaker claim, which I call humility. I argue for humility by showing that it follows from what it means to be rational.

Chloé is completing a PhD at the London School of Economics, and, in September 2020, will start as an assistant professor in the Department of Theoretical Philosophy at the University of Groningen. She works mainly in epistemology. She is working on two research projects; one on the relationship between an agent’s means of inquiry and what it is rational for her to believe; and another on the nature of agential perspective, its relationship to objectivity, and the rationality of perspectival change. She holds a BSc in Philosophy, Logic, and Scientific Method from LSE, and an MPhil in Philosophy from the University of Cambridge.