Centre for Anglican History and Theology 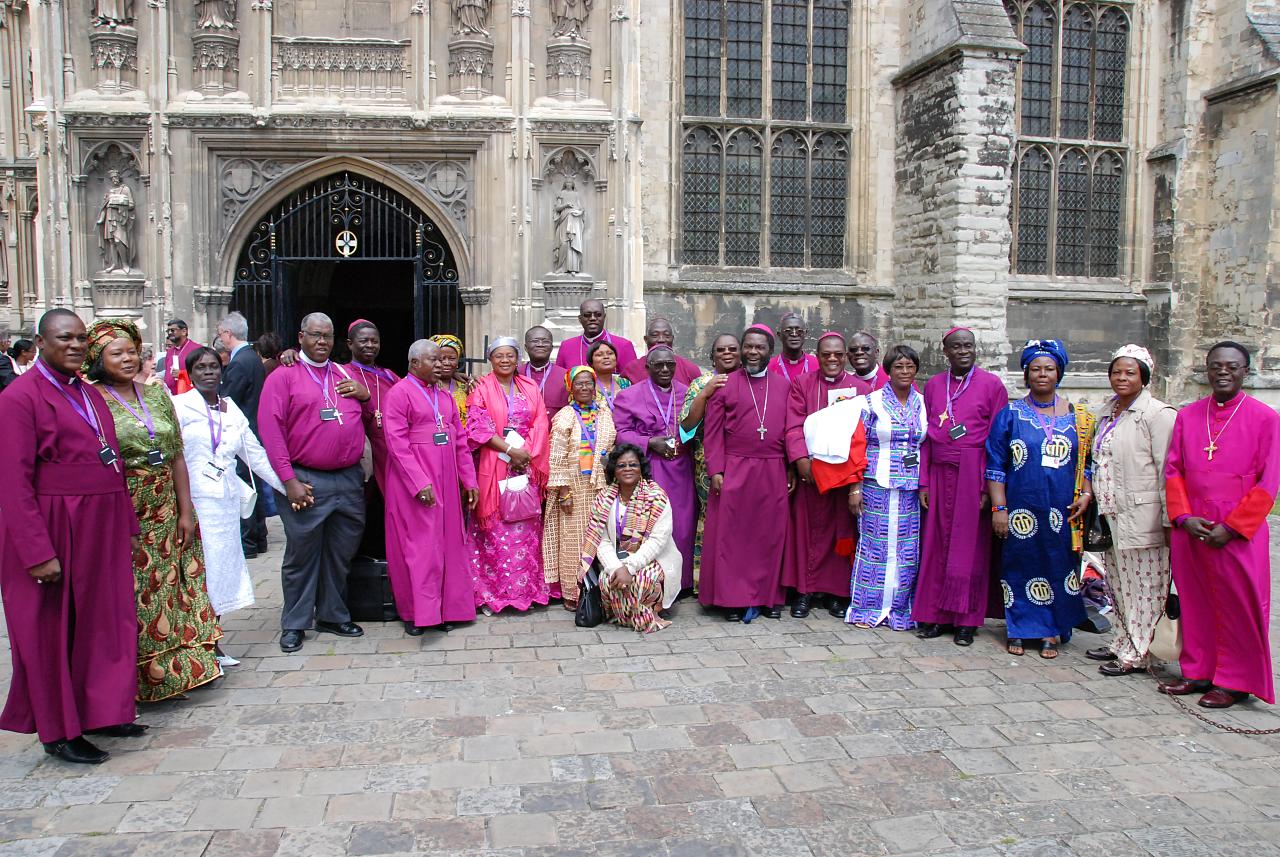 The Global Anglican is an occasional blog column linked to events and themes across the worldwide Anglican communion. This blog page is open for a range of reflections on Anglican history and theology, if you wish to contribute a blog of 1000-2000 words, please contact the CAHT Directors, Professor Jeremy Carrette and Professor Kenneth Fincham.

Anglicans and the Environment in 1970: The Duke of Edinburgh, the University of Kent and the continuing ethical challenge

In Joachim Radkau’s history of the environmental movement, The Age of Ecology (Polity, 2014), the “revolution” in ecological engagement is seen to be “in and around 1970”, captured by a “cluster” of events that moved conservationist activity into a mass movement. The year 1970, for example, saw the first Earth Day on the 22nd April, the European Conservation Year (originally declared in 1963 by the Council of Europe) and environmental issues featured on the covers of key national magazines such as Time and Der Spiegel. The actions of the 1960s had set these events in motion, the creation of the World Wildlife Fund (WWF) in 1961, the key publication of Rachel Carson’s Silent Spring in 1962 and the UNESCO conference on the biosphere in 1968 are three such moments.

A Spiritual and Political Voice:

80th Anniversary of the Enthronement of William Temple,

Canterbury Cathedral Archive and the BBC Recordings from 23rd April 1942

Political statements by Archbishops of Canterbury have long resulted in debate about the relation of the church to politics and it seems appropriate, in the current context of the government response to Archbishop Justin Welby’s ethical concerns with government asylum plans, that we should recall the 80th anniversary of the enthronement of an archbishop that demonstrated a profound commitment to Christian ethical engagement in social and political issues. Archbishop William Temple was enthroned at Canterbury Cathedral on the festival of St. George on 23rd April 1942.

According to Dominic Bellinger and Stella Fletcher’s study of the history of archbishops, The Mitre and the Crown (Sutton Publishing, 2005, p.166), Archbishop William Temple was viewed as “probably the most actively political of the modern archbishops of Canterbury”. His active contribution to the creation of the welfare state, alongside William Beveridge, can be seen in his famous text Christianity and Social Order (1942), on which the Centre for Anglican History and Theology and the William Temple Foundation hosted a recent conference at Canterbury Cathedral, to reflect on its continuing importance 80 years on from its publication. Christianity and Social Order first appeared with William Temple named as Archbishop of York, but within months this successful text appeared with the new title of Archbishop of Canterbury. If Boris Johnson was concerned with his Archbishop’s political statements, Winston Churchill, as noted by various commentators, was not happy with the appointment of William Temple and his social agenda: see John Kent William Temple (Cambridge, 1992) and Stephen Spencer William Temple: A Calling to Prophecy (SPCK, 2001). However, as the letter recommendatory of George VI, written on the 1st April 1942, confirms, he was appointed as the ‘new primate of all England’. This official document, with its royal stamp, is held in the Canterbury Cathedral Archives and Library (document CCA-DCc/SV1/1942/27) and reveals the importance of the Canterbury Cathedral archive for the key historical documents of William Temple’s enthonement and the events surrounding this historic moment.

While the official papers of William Temple as Archbishop of Canterbury are held at Lambeth Palace Library, alongside other papers deposited after his death by his widow Frances, the Canterbury Cathedral Archives and Library holds material relating to the translation of Temple to the See of Canterbury, to his formal election by the Greater Chapter of the Cathedral, to his enthronement, and to his funeral. There is also a set of manuscripts of sermons delivered at the Cathedral, and broadcast on radio, between Palm Sunday and Easter Day 1942, just after his appointment and just before his enthronement. These were presented by Frances Temple to the Cathedral. She notes in a covering letter how glad her late husband was “that the first time he spoke to the country on the radio after his appointment to Canterbury he should be speaking on a purely spiritual subject”. However, his Easter address of the 5th April 1942, revealed a spiritual message that would bridge the ethical life with the political. He stated in this address that the call to Easter was not a call to “easy assurance of enjoyment in a heaven of selfish happiness” but rather a place “where love and self-giving are made perfect”. Temple’s spirituality was one grounded in a vision of ethical and social concern, through overcoming the self-centred approach and building a life of loving and compassionate relation to the world.

The Canterbury Cathedral Archives and Library also holds the old BBC recordings of the Enthronement, 10 x 78rpm disks (CCA-U202/2), now digitalised by the BBC. Listening to these recordings and viewing the Pathé film – an enthronement “filmed for the first time in history” (https://www.youtube.com/watch?v=SOsSjVvGvRY) – you are taken back to the particular historical context of an Archbishop appointed during the war. The commentary informs us the windows are boarded up and precious glass removed and stored away; the austerity of the war time ceremony is evident. We hear evocative descriptions of the statue of Frederick Temple, the 95th Archbishop of Canterbury, echoing the significance of William Temple as the first son of an Archbishop of Canterbury to be enthroned into the same position and become the 98th Archbishop of Canterbury. The listener is also struck by the powerful liturgical singing. Though there were some day choristers living locally in Canterbury who continued to sing throughout the war, the boy choristers were returned from evacuation in Cornwall for the Enthronement. (They would also be sadly returned for William Temple’s funeral a few years later in 1944.)

The BBC recordings of the enthronement of William Temple presents the “main part of the ceremony and his Grace’s address which we (the BBC) had the privilege of recording for listeners at home and overseas”. It is significant that there were representatives of world churches, including the Russian and Greek Orthodox churches; William Temple worked tirelessly for ecumenical unity and his address also affirmed not only unity and fellowship of the Anglican Communion, but also recognised and valued “traditions other than our own”.

Along with the “Instrument of Proceedings”, a document made by the Notary Public to formally record the event in writing (also held in the Canterbury Cathedral Archive and Library, see CCA-DCc/SV1/1942/29), the eloquent descriptions of the BBC recording capture the moment when Temple “moves down the crimson steps from the high-altar towards the [marble] episcopal throne” of St. Augustine, the first Archbishop in 597. After Archbishop Temple kisses the book of the gospels we listen to the making of the corporal oath. With the recorded crackling sounds of rumbling chairs and echoing coughs, we then hear how the Archdeacon takes the Archbishop by the hand and places him on the episcopal throne and he is “inducted, installed and enthroned” into the archbishopric.

Disks 6-8 of the BBC recording capture Archbishop Temple’s enthronement address. This was published in a 1944 collection of Temple’s addresses and talks, The Church Looks Forward (Macmillan, 1944), but the recording brings it alive, particularly the “few personal words” expressing his “sense of complete inadequacy” in following those he has known. Here he opens personal reflections on the Archbishops of Canterbury he knew in his life: Edward White Benson (“wise stateman and true priest”), his father Frederick Temple (“the chief inspiration of my life”), Randall Thomas Davidson (“a second father to me”) and his predecessor Cosmo Gordon Lang (“most wise elder counsellor and ever more intimate friend”). As he openly affirmed: “To follow such men is daunting”. But the force of the enthronement service, as a “dedication of the Church, the nation and ourselves to the purpose of God”, overcomes these feelings of inadequacy. It is that conviction that shapes the moment of the enthronement. Addressing a nation facing the horrors of war, he felt that St. George’s day was appropriate for the enthronement, because it held the sense of service and martyrdom in the national identity at a time of world war. He also spoke of the Church World Conferences (in Stockholm, Lausanne, Jerusalem, Oxford, Edinburgh, Madras and Amsterdam) carrying the ecumenical and social concerns of Christianity. The themes of peace, faith and unity and, above all, that ethical devotion to following the “purpose of God” framed the address. The address revealed the central focus of his work in bringing Christian principles to shape the national agenda. The enthronement of William Temple was recognition of his lifelong leadership in the church and his unique ability to bring a spiritual and political voice into the world.

80 years after the BBC recorded the events of William Temple’s enthronement, it is striking that the Research Director of the William Temple Foundation, Professor Chris Baker, was asked to comment on BBC World News about the response to Justin Welby’s challenge to government and explain why Temple is relevant to this discussion (https://www.youtube.com/watch?v=rKkjbkty6m4). Professor Baker explained that for Temple it was “the duty of the church to shape society, and the way society thinks, in accordance with the principles of God”. Temple shows how the spiritual and political are joined together. The grand ritual of Temple’s enthronement and his Holy Week addresses, preserved in Canterbury Cathedral Archive and Library, signal how Temple’s vision roots his normative Christian ethical values in the theological purpose of God. It provides a moral dimension beyond history to ground the interventions and actions within human life. William Temple’s enthronement as Archbishop of Canterbury is an historical event that is not only wonderfully preserved in word, sound and image, but one that continues to demonstrate the importance of uniting the spiritual and political in the face of the challenges of war and social injustice.