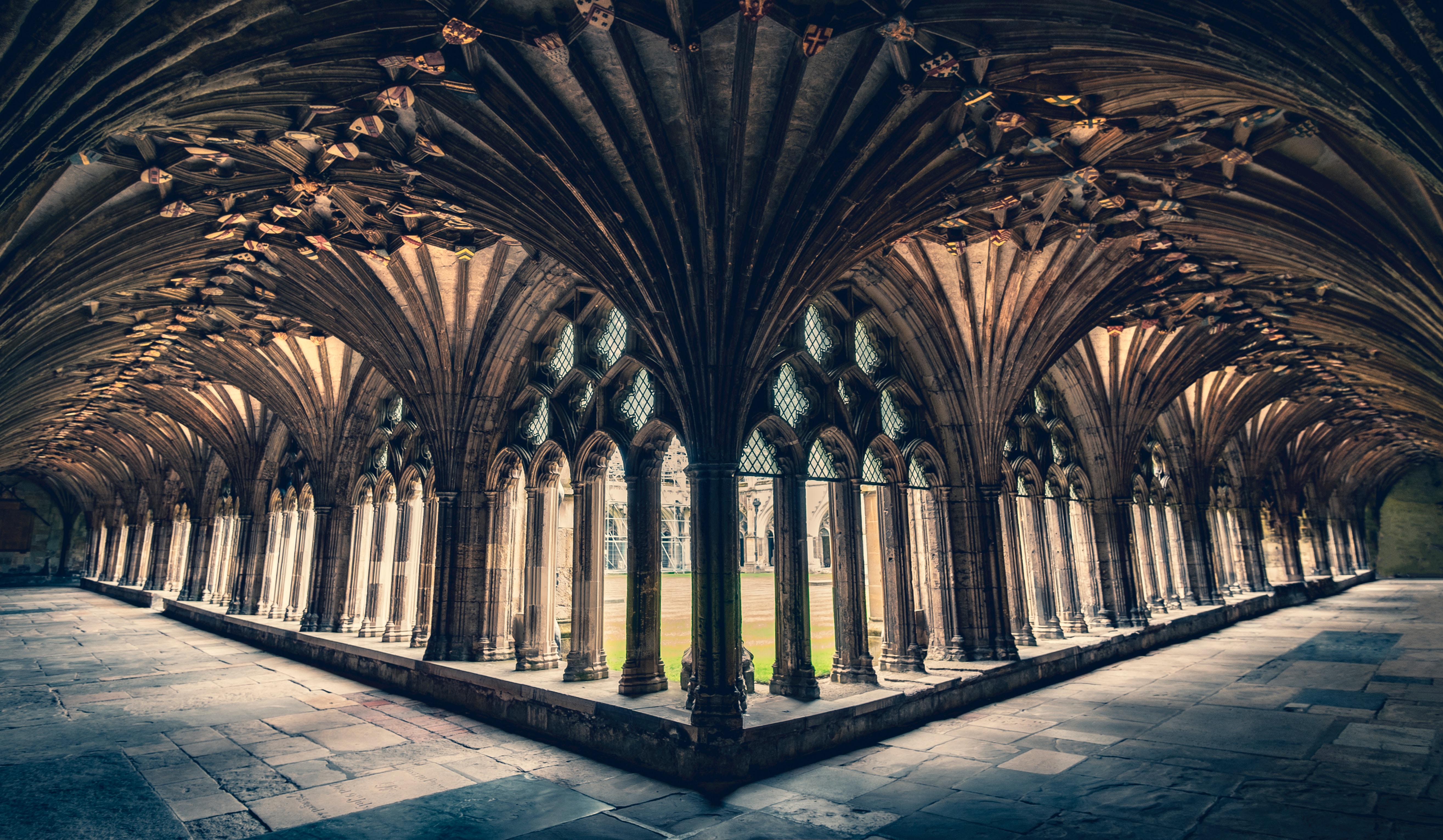 The Geffrye Museum of the Home, 12th September 2013

10.30am: Welcome and introduction (Catherine Richardson, University of Kent and Tara Hamling, University of Birmingham)
The conference organisers introduced the event as developing from an AHRC research network and as its final event in a series of meetings. The conference provided an opportunity to report on the network activities and reflect on its provisional findings. The network focused on decorative textiles but as a case study for a wider investigation of the study and presentation of historic interiors. This opening session revisited the aims, questions and issues of the original application to the AHRC by way of introducing and contextualising the series of papers that formed the proceedings of the day.

Kate Frame, Historic Royal Palaces, ‘Presenting the original colour of historic tapestries’.The aims and interests of the network were informed by the application of new technologies in museum contexts, such as the virtual recolouration of historic tapestries using projected light at Hampton Court Palace – an innovative display project informed by meticulous conservation science research. In the first paper of the day Kate Frame from Historic Royal Palaces described the process of research that underpinned this project and reflected on the success of the resulting show as an opportunity to ‘startle’ and ‘surprise’ visitors by recreating the vibrant original colour of Henry VIII’s set of Abraham tapestries.

In 1780, Richard Sullivan made a tour of England, inspecting the great houses of the nobility.. His view of the textiles he encountered is trenchant:
‘Some people indeed are delighted with mouldering chairs and faded tapestry … but in the name of common sense, what is there to be admired in the work of some needy upholsterer? … These are venerable relics to be sure and ought to be preserved but they are truly unworthy of the observation of a common person.’
This view illustrates the paradoxes of textiles in historic houses. Once one of the most significant element in many decorative schemes, they have slipped down the hierarchy of decorative art objects, partly because of our modern perceptions of mass-produced textiles, partly because of their dual aesthetic and functional roles and partly because, if not properly cared for, they become faded, dingy, holey, unstable, ‘unworthy’ echoes of their former selves. This paper will explore the curious invisibility of professional and domestic textiles in the interior and look at the impact that degradation has on how they are perceived today in terms of understanding their original value and impact compared with the original colour, texture and luster. Changing attitudes to ‘fading glory’ will be discussed taking into account changing attitudes to accepting the impact of time Visitors’ responses to conserved and unconserved textiles will be considered together with some of the preservation and interpretation strategies being used to make such textiles worthy of observation once more. The paper will be supported with examples and case studies throughout.

Kathryn Davies, English Heritage, ‘Painted decoration: customised or off-the-shelf?’This paper argued that, whilst we can read the social and cultural values of the period through the iconography of both wall painting and painted cloths, they had a different relationship to the person who commissioned them. It outlined changing fashions between 1570s-1620s, suggesting that cloths died out because of improvements in housing construction, after the ‘great rebuilding’. Wall painting needed a smooth surface to paint on, and early 16C interiors were poorly lit and sooty, so there was little point in decorating them in this way. It was therefore suggested that, when they were created, they had a role to play in advertising the possession of a modernised house, and important part of their primarily aesthetic function. Whereas painted cloths might be bought off the peg, painting could be very specific to the person.

This paper explored the construction and impact of the physical, cultural and aesthetic conditions for perceiving early modern textiles, in order to reconstruct contemporary responses to them. It began by arguing for the level of explicitness with which the engagement of the senses was discussed in early modern England, through an analysis of printed materials on this subject. It offered case studies of depictions of the senses at Bolsover Castle and Knole in relation to religious and moral ideas of the eye of faith, Humanist representations of sight as a sense associated with women, and the elite mastery of the senses, as a means of gaining insight into how sight was thought of in the early modern period. It then opened the subject out to consider different ways of ‘seeing’ textile furnishings in this period and the kinds of visual response they invited – fading eyesight and looking glasses; times of day; through mirror. It explored how textile objects functioned as perks, as evidence of loyalty and proximity to the crown, in terms of the distinctions that were or were not drawn between new and second-hand pieces even for high ranking members of society, and in terms of the sight and appreciation of inventory makers whose descriptions give access to their sense of the most obvious features of textiles, for instance their colour and lustrousness.

2.00 – 2.30: Curator-led session looking at original upholstery from the museum’s collections and an in-progress re-upholstery project.

The series of painted cloths at Owlpen Manor (listed Grade I), in Gloucestershire, is recognised as probably the most complete scheme of later painted cloths extant—and still in situ—in England. They relate to a workshop of cloths similar in style and technique discovered in recent years at various sites in the southern half of England.
They illustrate Old Testament scenes from the life of Joseph and his brothers against a stylised background of conical hills, forest work, animals and exotic buildings representing the Holy Land. They are painted in a traditional glue tempera technique on 42-inch strips of coarse linen canvas.

They were installed following the well-documented early Georgian reordering of the east wing of the manor house after it had been inherited by Thomas Daunt IV, where they are recorded in his account book in 1723.
The manor was virtually unoccupied for 80 years to 1925, when they remained ‘sleeping’ in the same dry upper bedchamber where they were first hung, and begin to be described in the first antiquarian accounts.
Finally, they were cleaned and conserved by Elsie Matley Moore, an early authority on painted cloths, in 1964, when they were reduced in height and rehung in an adjacent Tudor bedroom, considered at the time more appropriate for their display to the public.

Today their rare survival gives a privileged insight into ideas of interior decoration in the early modern period. Recently, a number of reproductions have been made to enhance the ‘authentic’ interpretation of historic interiors in museums and houses open to the public.

This paper outlined the nature of vision and perception, and described some of the experiments which have demonstrated changes in both in relation to two-dimensional art objects as opposed to three-dimensional spaces, and the status of the viewer as ‘expert’ or ‘novice’. It outlined the nature of the experiment undertaken at Owlpen Manor, showing the information fed to the participants between each of their viewings of the room in which the cloths are displayed, and a range of sample movies from the tracking equipment were shown. The findings of the experiment were then described, in terms of differences in ‘looking time’ between participants and on distinct areas of the room and the tapestries and mean visit and gaze times. The conclusions suggested significant and intriguing distinctions in viewing practice based around the levels of expertise of the participants and the kind of information they were given between the different sections of the experiment.

This paper will present the preliminary results of a digital visualisation project at Strangers’ Hall Museum, Norwich, being undertaken by Chris King of the University of Nottingham and Anthony Masinton of the University of York. Strangers’ Hall is a complex multi-period merchants’ residence, home to successive mayoral families, and opened in the early 20th century as one of Britain’s first museums of domestic life. Combining interdisciplinary research into the structure of the building and historic domestic interiors and furnishings, the aim of the project is to produce a digital visualisation of a ‘parlour’ in its different guises through the 16th and 17th centuries, and using this as a site to explore changes in the appearance and function, status and meanings of early modern urban living and dining spaces. This project begins with a commitment to critically explore the process of visualisation itself, as a research tool which highlights gaps in understanding and opens up new routes of enquiry, enabling the investigation of qualitative experience and change through time within an historic interior. It allows the researcher to view and move through the evidence systematically and comprehensively but can also be used highlight ambiguities, alternative explanations and gaps in knowledge. Although at an early stage, the visualisation is prompting new questions about the development of Strangers’ Hall and other elite townhouses in Norwich, and we hope that the methodology can be developed into a wide-ranging project that will enhance both academic research and public understanding of medieval and early modern domestic interiors.