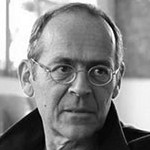 Bernard Stiegler is director of the Institute for Research and Innovation (IRI) at the Georges Pompidou Center in Paris, a Professorial Fellow at the Centre for Cultural Studies at Goldsmith College in London, and a professor at the University of Technology of Compiègne where he teaches philosophy. Before taking up his post at the Pompidou Center, he was program director at the International College of Philosophy, Deputy Director General of the Institut National de l’Audiovisuel, then Director General at the Institut de Recherche et Coordination Acoustique/Musique (IRCAM).

Bernard Stiegler has published widely on philosophy, technology, digitization, capitalism, and consumer culture. His numerous writings include the three volumes of Technics and Time; Acting Out, three volumes of Disbelief and Discredit, two volumes of Symbolic Misery and of Constituer l’Europe, among many others.

Professor Stiegler has a long term engagement with the relation between technology and philosophy; not only in a theoretical sense, but also in situating them as practices within industry and society. He is one of the founders of the Paris-based political group Ars Industrialis, which calls for an industrial politics of spirit and explores the possibilities of the technology of spirit in bringing forth a new “life of the mind”. He has published extensively on the problem of individuation in consumer capitalism, and is currently working on the new possibility of an economy of contribution.