Journey Around Our Rooms

A Journey Around Our Rooms 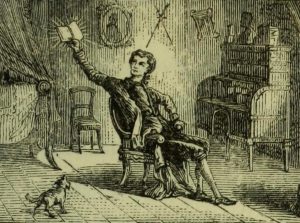 I am sure that any sensible person will adopt my system, whatever kind of character they may have, and whatever their temperament; whether they be stingy or prodigal, rich or poor, whether they were born in a torrid zone or near the Pole, they can travel just as I do; finally, in the immense human family who swarm over the surface of the world, there isn’t a single one — no, not one (I mean of those who live in rooms) who will, after having read this book, be disinclined to endorse the new way of travelling that I am introducing into the world.”

In 1790, Xavier de Maistre, confined indoors under house arrest, embarked upon A Journey Around my Room. In this playful, picaresque, entirely unpredictable text, he examines his immediate environment and its contents — which are subject to fluctuations in dimension and bearing as his mood and attention changes — and he ventures out beyond its walls into the territories of speculation, memory, and daydream.

This project is an invitation to take de Maistre up on his proposal.

We are, as writers, accustomed to movement, this venturing out from the space in which we work to the spaces of imagination. Yet in recent months many of us have become accustomed to a way of being, working, and writing that is more than usually restricted to that space. Rather than Virginia Woolf’s celebrated room of one’s own, many of our ‘rooms’ may be imperfect, multi-use, intruded upon, isolating, private or not private, productively shared, compromised or liberating.

For a year or more now, we have sat in our rooms and joined a virtual space that connects those spaces together; we are used now to these thumbnail glimpses of each other’s lives and the rooms in which they are lived. We have learned that we can speak across time zones, connect across continents, each in our own room. It is likely that our experiences during the pandemic will alter our ways of working and being together indefinitely — now we know that this shared and separate space exists.

This website will offer a way to remember and create enduring, ongoing insights and connections.