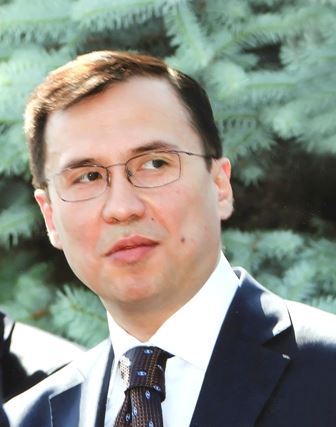 Project Role: Support the PI in project development and implementation, with a particular oversight over UWED and its national priorities; have administrative and financial responsibility for the project delivery at UWED.

Ulugbeck A. Khasanov is a Chair of International Relations Department / Associate Professor at the University of World Economics & Diplomacy. He graduated Moscow State Institute of International Relations (MGIMO) and later its Graduate School of Political Science. In 2003 he defended PhD dissertation on issues of Regional Security and National Interests of CA5 at the Moscow Institute of World Economy and International Relations (IMEMO) of the Russian Academy of Sciences. In January-June 2004 he participated in University Extension Program at UC Berkeley. In 2009-2011 he served as Press Secretary/Aide to the President of Uzbekistan. Ulugbeck Khasanov has 50 plus publications, monograph and textbooks. His research interests cover the field of international relations theory, its general trends, attributes, behavior, driving forces, determining dimensions of the Central Asian politics.