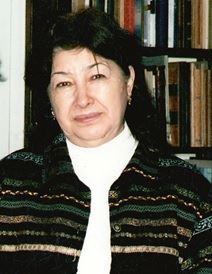 Project role: support the PI in project development and implementation, with a particular oversight over TNU and its national priorities; have administrative and financial responsibility for the project delivery at TNU.

Munira Shahidi was trained in comparative literary studies of East and West. Her Ph.D. has been made at the Institute of Oriental Studies of AS of USSR. As a member of the Public Council near the President of RT she in involved into the most important discussions and discourses on the developing and changing policies of the country, of the region and inter-regional communications. She is a fellow of the Swedish Institute, Mazon De Science L’Homme (Paris) and she is an associate member of Cambridge University. Prof Shahidi has published widely in national and international outlets and initiated the publication of the journal ‘Fonus’, dedicated to international, intercultural study for peace and development, financed by different organisations (including the Swiss office for cooperation in Tajikistan, UNDP, UNESCO and OSCE).

Prof Shahidi’s project, actualised in 2016 is ‘Music of the Silk Road: from peace-building perspectives of Central Asia, dedicated to centenary of the composer Z. Shahidi’. The project is funded by UNESCO and had a feedback of the number of the countries of the New Silk Road.

Prof Shahidi’s personal view on the COMPASS project is that Central Asian communities as the multi-lingual, intercultural units of the past could be re-evaluated in the present and open new vision in Eurasian space. One of the best sides of the COMPASS is a new opportunity to re-evaluate these units in the new era of technological communication. To enrich that space by the multidimensional, interdisciplinary research will promote building the new cultural diplomacy locally and globally.