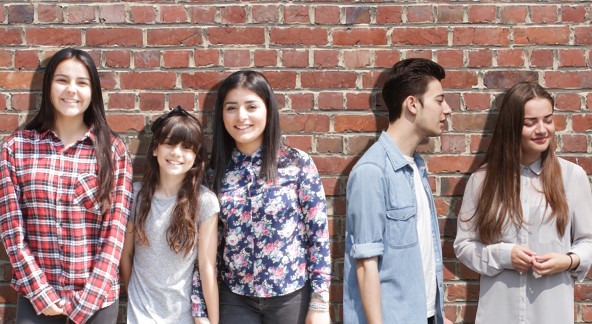 Behind Closed Doors is a simulation devised by the University of Kent Centre for Child Protection in partnership with the Home Office and young people.   This serious game simulates social media online environments for two different characters – Maryam and Joe.  Real life news clips from Sky news and the BBC open each scene and offer the opportunity to discuss complex topics in relation to radicalisation and British Values.  This simulation is based on published research, case studies and expertise of an inter-professional learning set of expert advisors, including Kent Police, Kent County Council, the Home Office, National Counter Terrorism Policing Network, as well as consulting with young people in the UK.  Educating young people to understand radicalisation, what it is and how it can happen, is a key step in prevention. Using various recognisable types of social media, Behind Closed Doors illustrates how young people can be vulnerable to being groomed for radicalisation by people they know, as well as contacts they meet online . We know from recent research (Pearson, E. & Winterbotham, E. (2017) Women, Gender and Daesh Radicalisation. The RUSI Journal,162:3,60-72) that radicalisation takes place more frequently online for women rather than men and that Daesh are particularly successful in radicalising young Western girls to travel to Syria. They continue to use the same grooming techniques to target young people, although they now, additionally, radicalise for terror attacks in the West. The two main aims of the simulation are to offer the opportunity to look at ‘grooming’ in the process of radicalisation using a social media simulation for young people and to allow educators to offer a safe space for discussion with young people on many of the complex issues that arise from the subject.

Other useful sources of information:

NSPCC Why radicalisation is a child protection issue https://www.nspcc.org.uk/fighting-for-childhood/news-opinion/why-radicalisation-child-protection-issue/

Home Office Individuals referred to and supported through the Prevent Programme, April 2017 to March 2018 https://assets.publishing.service.gov.uk/government/uploads/system/uploads/attachment_data/file/763254/individuals-referred-supported-prevent-programme-apr2017-mar2018-hosb3118.pdf

Department for Education Keeping Children Safe in Education: Statutory guidance for and colleges. (2014).