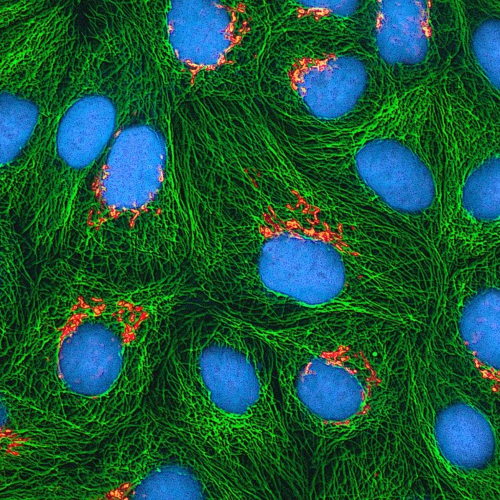 Neurodegenerative diseases are primarily diseases of aging. During the aging process, we accumulate protein damage due to environmental influences and biological processes associated with oxidative stress. This project aims to investigate the overarching influence of oxidative stress on protein conformation and protein misfolding in vitro and in cells.

The project will address the hypothesis that oxidative stress is a trigger for neurodegeneration during aging. To explore this question, the student will investigate the effect of oxidative environments on misfolding proteins in vitro and on neurons.

Proteins associated with Alzheimer’s Disease (AD) include Amyloid-beta, tau and Apolipoprotein E. Recent work in the Serpell laboratory in collaboration with Xue laboratory has highlighted the important role for oxidative stress in modulating protein structure and self-assembly. Apolipoprotein E4 is a risk factor for AD and we have recently shown that ApoE4 can self-assemble in vitro and this can be further influenced by oxidative conditions. Furthermore, ApoE4 neurons (taken from our human ApoE targeting replacement mouse colony) show enhanced vulnerability to oxidative environments than those expressing ApoE3. Neurons exposed to oxidative stress express increased amounts of ApoE protein in response.

Abeta and tau are both self-assembling proteins that form amyloid fibrils in vitro. Both are influenced by oxidative environments resulting in the formation of a key marker for oxidative stress, called dityrosine crosslinks that form intermolecular covalent linkages. How these oxidative environments impact on self-assembly and toxicity of Abeta and tau in vitro and neurons remains unclear and will be a key important aspect of this project.

The project will bring together the findings in cellular and in vitro environments to unify our understanding of how oxidative stress leads to markers of aging and results in increased risk of developing protein misfolding and neurodegenerative diseases.