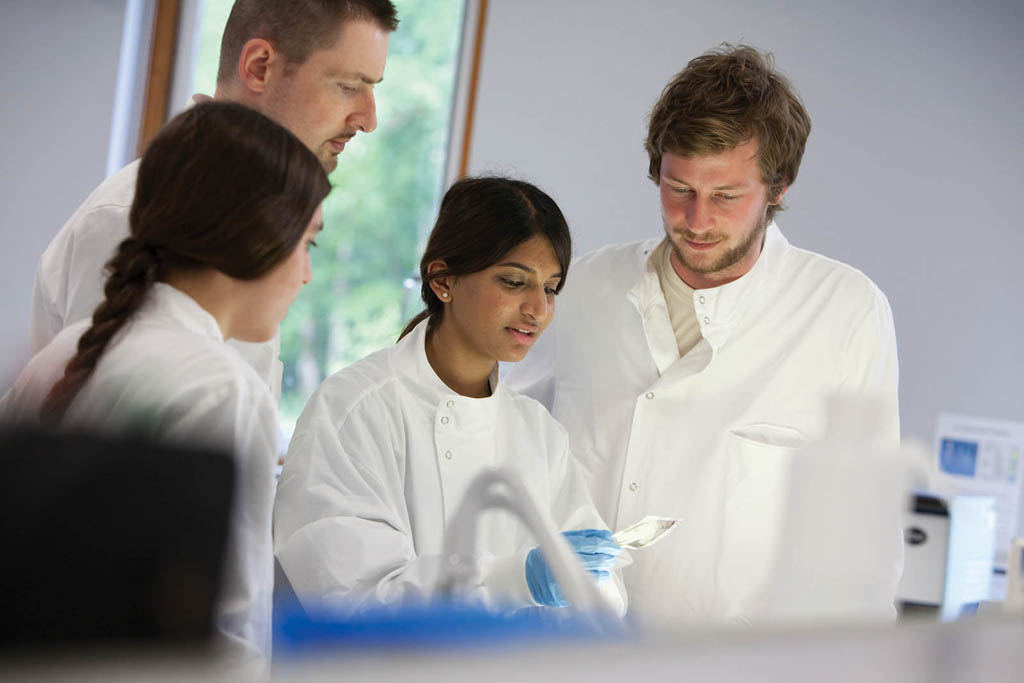 From atomic to in vivo: a characterization of ILF3 nucleic-acids interactions in the context of eukaryotic transcription regulation

This project builds on the recent in vivo evidence for dual DNA- and RNA-binding proteins (DRBPs) having key roles in transcription regulation by binding to specific DNA structures at promoter regions. As this type of interaction is currently absent from ENCODE, unravelling its mechanism is fundamental to our understanding of the basic rules of eukaryotic gene expression. Interleukin enhancer-binding factor 3 (ILF3) is a DRBP that is known to extensively regulate RNA splicing, stabilization and export but whose role in regulating transcription as a chromatin interacting protein has not been comprehensively characterized. ILF3 binds extensively to chromatin, with an increased occupancy frequency at active promoters. A model has been proposed by which ILF3 would function analogously to a conveyor belt from chromatin to gene, through RNA transcript to ribosome in dynamic regulation of gene expression. ILF3 contains two dsRNA binding domains and two additional domains that can interact with nucleic acids. Still lacking is the understanding of how ILF3 differentially recognizes RNA and DNA structures and specifically associates to promoter regions in chromatin. An example of this is the non-standard A-form DNA structure in the promoter of the critical, developmentally regulated transcription factor gata2. Ilf3 is bound to cytoplasmic RNA in fertilized Xenopus laevis eggs but subsequently translocates to the nucleus where it becomes bound to the gata2 promoter just prior to activation of this gene’s transcription. Base substitutions that increase B-form structure propensity in the gata2 promoter decrease both ILF3 binding and transcription whilst mutations that maintain A-form propensity also maintain, or increase, transcription factor binding and transcription. This project aims to unravel structurally and functionally ILF3’s versatile interactions with diverse nucleic acids to modulate transcription. Structures of ILF3 will be analysed when bound to RNA and various forms of DNA to compare binding modes and their relevance to function. A larger transcriptional complex containing ILF3 and partner ILF2, which controls transcription at the β-globin locus control region, will also be structurally characterized. Critical residues involved in key interactions will be mutated interrogated in Xenopus laevis to determine the importance of each interaction in the context of gene regulation in vivo.