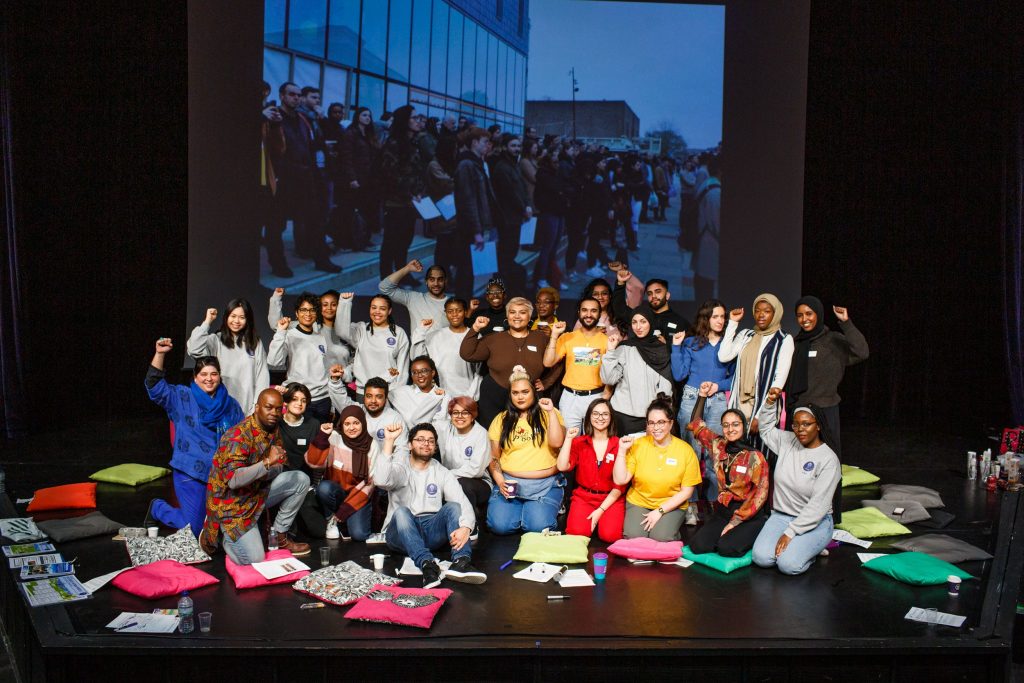 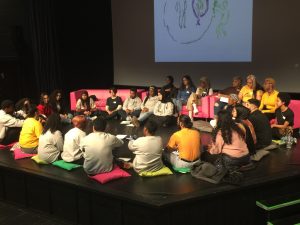 Building the Anti-Racist Classroom (BARC) is an international collective of women of colour scholar activists. We aim to build anti-racist pedagogic communities of students and university workers through sustained collective organizing, collaboration and radical thinking. Our practice is led by our commitments to critical theory, intersectional feminisms and decolonizing frameworks. As part of our practice, we use artistic methodologies to draw out knowledge derived from our experiences of racialisation and to construct alternative social imaginaries. As individual scholars, we also mobilise these ways of thinking in our research and teaching.

We came to collaborate with Decolonise University of Kent (Decolonise UoK) at the Voices of (Un)Belonging event through a longer relationship of mutual support and sharing that began in early 2019 with the launch of the Decolonise UoK Manifesto. This event was to bring together students from across institutions who were coming together to share experiences of and strategies from their decolonising work, and to explore potential future collaborations. We were asked to contribute an arts-led workshop that would welcome them, and generate connections and conversations, which we entitled ‘Writing for Resistance.’ We aimed to facilitate an accessible workshop for creative self-expression that would have a lasting, tangible output, as well as contribute to documenting the ongoing labour and valuable insights of decolonial and antiracist student groups.

We opened the workshop with an introduction to the work of BARC and to ourselves as two of its members, and set out our ground rules for a Principled Space.

The workshop was based on a critical race theory perspective in which racism is understood as a system of oppression that exists not only at the level of individual interactions, but also at a structural level that is societal and global as well as historically and locally specific. It is a complex network of power that is coordinated and reconfigured to maintain the status quo of white dominance and keep Black and brown bodies in place. Bodies are marshalled spatially through the creation of borders (national, institutional), and normatively through the devaluing and illegitimation of, and violence against, certain bodies. This oppression is materially, psychologically, and physically wounding. As such, racism is not only external to individuals, but becomes internalised. In our workshop, we quoted Roxana Ng’s reflection on her experiences:

What is important to point out is that relationships of power are never enacted merely in the form of intellectual encounters. Most intellectual encounters entail a confrontation of bodies, which are differently inscribed. Power plays are both enacted and absorbed by people physically, as they assert or challenge authority, and the marks of such confrontations are stored in the body. Each time I stand in front of a classroom, I embody the historical sexualization and racialization of an Asian female, who is thought to be docile, subservient, and sexually compliant, even as my class privilege, formal authority, and academic qualifications ameliorate some of the effects of this stereotype. My presence is a moment in the crystallization of the historical and contemporary contestation of ideas and practices that are constantly changing. That is, my physical presence in the academy in turn challenges the sexist and racist construction of the archetype of an Asian female. It is indeed the encounter of bodies, not only of intellect, that gives dynamism to the process of teaching and learning. As we engage in critical teaching and bring our activism to the university and to our classrooms, this dynamism is what excites us. At the same time, going against the grain can make us physically ill (Ng 1998, pp.35-36)

The body therefore also represents a possible site of resistance to racism. Embodied writing can facilitate the transformation of individual emotions and the affect between/among individuals. We wanted our workshop to lead a practice of drawing upon writing forms, such as poetry, to manifest, direct, channel and focus intention; to share it with others, and to find connection. Adrienne Maree Brown describes spells as ‘little poems that shift [a] state of being and power (2017; p.43).

The poetic form that we chose for this workshop was Blackout Poetry. This is a form of literary remixing that reworks found texts. For example, during the #Metoo movement, this blackout poem took an apology statement released by a famous actor, and by crossing out sections of text posed an alternative knowledge of the situation. It refutes the relations of power asserted and enacted by the original, and resists with a counter-proposition.

In our workshop, we took ‘Equality, Diversity and Inclusion’ statements from various universities and used these as base texts from which to (re)write. We read them aloud and asked the students to check in with themselves, and see what bodily sensations were brought up with this reading. Students were then invited to ‘black out’ sections of the statements to reveal poetry in what was left. The resulting poems disputed many things, including the unproblematic celebration of ‘diversity’, assertions of institutional commitment, and the invisibilisation of gender nonconforming and trans peope. Some poems transformed these texts to reveal what institutions do, in fact, produce and perpetuate in the way of racist structures; others imagined what genuine commitments to antiracist work might look like.

Following a series of vocal warmups, we performed these poems aloud into the empty auditorium of the theatre in which we were working; hearing our voices, and knowledge, ring out.

Although the workshop achieved many of its aims in terms of building community and writing truths about racist structures, and was a generative and pleasurable experience, there were nevertheless ways in which we failed and have learnt from the experience. We would like to share these with you:

We are grateful to the students from Decolonize KCL who graciously and generously called us in on these issues, offering us the opportunity to learn and grow and to serve the community better.

We are honoured to have been asked to contribute to the work of Decolonise UoK, and to have met and collaborated with the numerous students who attended on behalf of their decolonising and antiracist groups, societies and collectives. To them we would like to say: Thank you. You produced striking, moving and important pieces of writing; you shared and documented the ways in which you have and will continue to transform higher education for all.