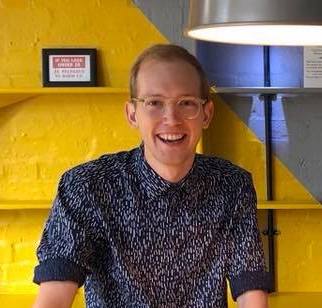 Callan Davies works across early modern literary, cultural, and theatre history. He’s part of the Box Office Bears project (researching animal sports in early modern England), as well as the Middling Culture team examining early modern status, creativity, writing, and material culture, and the Before Shakespeare team. His new book, What is a Playhouse? England at Play, 1520-1620, is an accessible account of the playhouse across early modern England, forthcoming with Routledge in 2022.  He is the Editor of the Curtain playhouse records for Records of Early English Drama’s Records of Early English Drama REED London Onlineand a Globe Education Lecturer at Shakespeare’s Globe. His first monograph, Strangeness in Jacobean Drama, is published by Routledge (September 2020). His article on bowling alleys and playhouses in sixteenth century London for Early Theatre won the MRDS Barbara Palmer Award 2020, and he has pieces forthcoming on middling community and Bristol’s Wine Street playhouse for English Historical Review; prose and playing for The Oxford Handbook of Thomas Nashe; on the early years of the St Paul’s Playhouse for a collection on Old St Paul’s and Culture; and he is co-editing a collection on early modern ephemera with Hannah Lilley and Catherine Richardson.