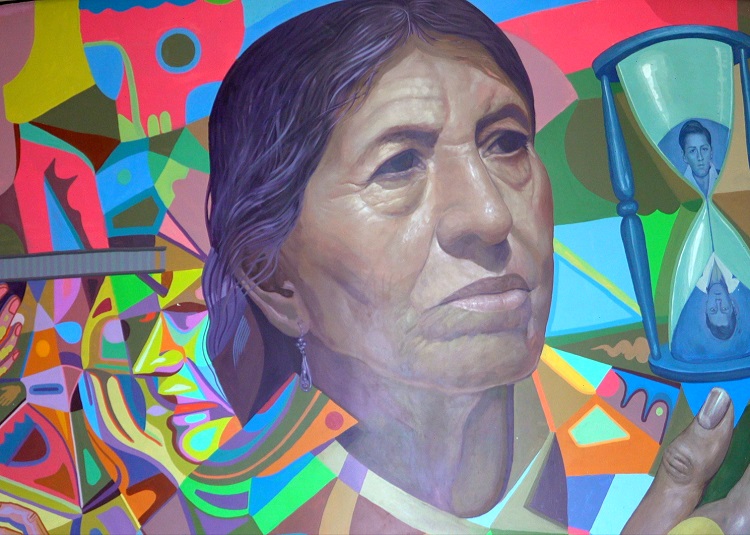 Understanding the past shaping the future

Lasting more than two decades, Peru experienced a bloody civil war from 1980 in a battle that saw communist revolutionaries and Government armed forces create a legacy of violence and terror, leaving more than 70,000 people dead, most of them poor and indigenous.

Natalia Sobrevilla Perea‘s work has played a significant role in transforming the public understanding of history through her research on nineteenth-century Peruvian politics, illustrating how knowledge of the past can help the citizens of the present in their search for justice and reparation. This impact has been achieved through engagement with the media (a regular column in El Comercio), participation in two national independence bicentennial commissions, work with the Museum of Memory in Lima (LUM) helping develop the Centre for Research and Documentation (CDI), and collaboration with the Association of Forcibly Sterilised Women in lobbying the Peruvian and British governments to achieve official recognition.

Sobrevilla Perea traced how the newly created republican State inherited from the Spanish crown the responsibility to look after the surviving dependants of those who fought for Peru. This historical perspective is important because contrary to current notions, it shows that the army was a functioning institution even if it was colonial in origin. Sobrevilla Perea’s co-authored 2019 article in Small Wars and Insurgencies further developed this understanding of continuity and institutionalisation within the army by analysing how war was waged in the Andes. One of the principal findings of this research was that although independence brought new political institutions, the colonial legacy was long-lasting and had far-reaching political consequences, with important implications for present-day politics in Peru, particularly with regards to the place in society of Indians and African descendants.

Her research on the importance of history for understanding politics also led her to supervise Ines Ruiz’s doctoral project on the victims of the 1990’s forced sterilization programme (Kent 2019). The research for this project – which included the recording of the victims’ experiences and an analysis of how it was received – contributed to a national and international campaign for justice and reparation. This second strand to Sobrevilla Perea’s research on Peruvian politics, and on the importance of history for understanding the present, has led her to help create the Centre for Documentation and Research at the Museum of Memory in Lima.