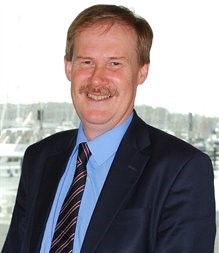 David is a former Rome Scholar at the British School at Rome, and was a Sir James Knott Fellow at the University of Newcastle upon Tyne. He was previously a member of the Department of Antiquities at the Fitzwilliam Museum, University of Cambridge, and Reader in Mediterranean Archaeology at Swansea University. He was awarded his chair in Archaeological Heritage through UEA, and was Director of the Heritage Futures Research Unit at the University of Suffolk. He is a Fellow of the Royal Society of Arts (FRSA) and is a regional lead for the RSA Heritage Network. He is a Fellow of the Society of Antiquaries (FSA) and a Senior Fellow of the Higher Education Academy (SFHEA).

David has conducted fieldwork in Greece and been involved with a major post-excavation project in Libya. His current research centres on the history of collecting and archaeological ethics. His biography of Dr John Disney, founder of the Cambridge University chair of archaeology, is due to appear in late 2020. He has a regular column in the Journal of Art Crime, and is a member of the editorial board of Heritage. His Context Matters: Collating the Past (ARCA 2020) engages with recent debates over cultural property.

David is the holder of the 2012 Archaeological Institute of America (AIA) Outstanding Public Service Award, and the 2012 SAFE Beacon Award, in recognition of his research on cultural property.

The World of Disney: From Antiquarianism to Archaeology

Dr John Disney (1779-1857) was the benefactor of the first chair in archaeology at a British university. He also donated his major collection to the University of Cambridge. The sculptures continue to be displayed in the Fitzwilliam Museum.

The Disney family traced its origins back to the Norman invasion of England, and the family home was at Norton Disney in Lincolnshire. Disney’s father, the Reverend John Disney DD (1746-1816) left the Church of England to become a minister at the Unitarian Essex Street Chapel in London. A major sponsor of the chapel was Thomas Brand-Hollis of The Hyde, Essex, who bequeathed the house and his Grand Tour collection (formed with Thomas Hollis) on his death in 1804 to the Reverend John Disney. Disney inherited part of the classical collection of his uncle and father-in-law Lewis Disney-Ffytche, owner of the 18th century pleasure gardens, Le Désert de Retz, outside Paris. Disney’s brother-in-law was Sir William Hillary, founder of the RNLI. Disney was instrumental in the creation of the Chelmsford Museum through the Chelmsford Philosophical Society, and the formation of the Essex Archaeological Society.