In this project we ask: how does the design of peace settlements secure public support?

In order to address this question, we are specifically interested in understanding how the different components of a peace settlement shape public support. Peace settlements cover a range of different dimensions, such as political power sharing, security arrangements, borders and resource distribution. We think of these components as attributes that can potentially take various values. For instance, proposals for sharing political power (attribute) could be implemented through either presidential or parliamentary coalitions (values). Similarly, security (attribute) may be provided by a particular international or regional organization (values).
Each of these attributes can be more or less important to citizens and their possible could determine the extent to which citizens support the whole settlement.

Currently, the study of public opinion does not account for how different design elements shape citizens’ support for peace settlements. Conjoint analysis enable us to provide this account and helps us understand:

As we investigate these questions we are interested in identifying:

The major innovation of our project is the introduction of the conjoint survey experiments in peace processes specifically in Northern Ireland and Cyprus. We provide an extensive justification of the strengths of this method below but a very nice video, you might watch before reading further is available here titled:

What Can Conjoint Analysis Do for You? 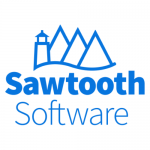 In Northern Ireland we emphasize the substantive importance of understanding the effects of peace settlement design in the context of the Brexit shock to the Good Friday/Belfast agreement. The Cyprus case is also particularly important because the two sides have already agreed to ratify a settlement in two simultaneous referendums. By identifying public support for different elements the peace settlements we would know how viable seeking approval for the agreement in a referendum would be. We would also know what elements of the agreement might need to be adapted to secure greater public support in order to increase the legitimacy and societal acceptance of the agreement across different sectors of the community. Finally, analysing the results of the conjoint experiment would also increase our knowledge of the range of viable outcomes if the peace settlement was to face difficulties in the implementation stage.

Our project addresses this issue in so far as we will be collecting demographic data on respondents and we will be able to report how the design features of peace settlement shape the attitudes of these different groups at the time the survey is executed. Our research design controls for age and conflict experience.

One of our goals is to establish the usefulness of the technique in relatively cost efficient contexts with easy to reach populations and then make the case for extending its use in more challenging circumstances. Neither technology nor literacy are necessary for the execution of this method which can be adapted and executed using face-to-face survey methods in which responses are recorded on paper and later entered in to appropriate software for analysis. The randomisation of peace settlement design elements can be prepared on paper before the survey is fielded.

Interestingly, the literature on conjoint designs suggests this method maybe better suited to surveying less educated populations than alternative methods. This is because it provides respondents with more realistic decision environment that enables them to make decisions more easily than single-item survey questions. As the information in a conjoint analysis are presented jointly this enables the respondent to identify the information that is most relevant for their decision (see Hainmuller et al 2013, for further discussion).

The project provides practical guidance about how to design and implement conjoint designs in other post-conflict settings. We see this toolkit as including training resources for researchers (academics or practitioners) who are interested in using conjoint designs to more effectively integrate public opinion in to the mediation and design of peace settlements. Related work could provide written documentation, exercises and short videos that guide users through the process of setting up their own conjoint analysis and interpret the results. It will offer suggestions and exercises to help with the design of questions, the dimensions and peace settlement design features that can be addressed, guidance on data collection and data analysis considerations. It will also provide reflections and guidance on how to interpret key findings in ways that are politically meaningful for policy-makers and the public. We see this toolkit as being particularly useful for mediation professionals who are supporting post-conflict countries design peace settlements with the objective of integrating public opinion into these processes. The benefit for policy-makers will be that mediators and researchers supporting their work will be able to produce simple and concise visual maps of public support for the different component of the peace settlement. This will enable policy maker to understand the public opinion related costs or benefits of each issue they are negotiating about including each possible concession in terms of public support for the peace settlement. This is because these maps will be able to assign each specific potential concession with increased or decreased public support levels.

b) On the point of the extent that there is value in differentiating between different segments and sectors of society. We agree and as detailed in the project plan we will be collecting demographic data about our respondents (including age, ethnicity, income, education, and gender), which will allow us to provide insights in to the differential effects of the design features on the views of different sectors of the population.

This is particularly important as we do not have a systematic literature that helps us to understand how information about public opinion is used in peace mediation processes and the design of peace settlements. A first step for mediation/peace process practitioners in understanding the causal role of public opinion in shaping peace settlement design is to develop knowledge of how public opinion is currently used in these processes. This is precisely what this project will do in both its design and dissemination stages: based on our established network in Northern Ireland and Cyprus, we will continue to engage mediation/peace process practitioners in discussion about these questions and gather information about current practices. As we design our questions we will talk with policy makers and practitioners about the information they currently use, how it might be improved and integrate their insights into the conjoint design. At the dissemination stage in the workshops we aim to discuss these issues with a wide range of practitioners to highlight the information we have gathered, collect further information and develop ideas about how the use of public opinion in mediation and peace settlement design processes could be improved. This work can establish the foundations for scholarly work that could systematically investigate these questions.

While we have little systematic information about the effect of public opinion in peace settlement design processes, we do have anecdotal evidence of two features of current practice our project addresses. Firstly, it is often observed that the parties inside the room in a negotiations process may become detached from their core constituencies and public opinion more generally as they become more committed to finding a solution. The result is that they may settle on an agreement that may not be implementable. This is to an extent something that we think may have happened in Colombia where the government accepted a peace settlement design that had different trade-offs from the ones expected by the public for example, expectations about compensations towards the victims of violence. While a majority of citizen arguably supported in principle a peace settlement, the specific trade-offs failed to gain support as they violated citizens’ sense of fairness. Our project directly addresses this issue by developing a method which will elicit better information about how the public think about these trade-offs. We also think polling failures and low turnout in the referendum are also relevant to understanding the Colombia case. The second observation that is that when politicians do use polls to understand public opinion they can focus on one design element of the agreement rather than understanding pubic views on the whole settlement in which this element is embedded. This can cause them to miscalculate the degree of support for the peace settlement and is something that we think happened in Cyprus in the past. Again, our project directly addresses this issue through the development of conjoint design which will enable policy makers to understand how citizens understand the relevant trade-offs.

These cases are all at different points in their peace settlement design processes and our adaption of the conjoint design reflects these differences.

In the Syrian case, future projects could focus on in particular on the following dimensions: federalism and decentralisation, the implementation of the truce, external security guarantees, return of the displaced, and power-sharing in the central government. A further object of interest with respect to the Syrian case is to survey refugees and to investigate what types of design of peace settlement might convince displaced people to consider return. It would also be possible to compare the opinion of Syrians inside and outside the country on the viability of different peace settlements.

The Israel/Palestine case provides options to explore public opinion different ways of managing the right of return for Palestinians, Israeli settlers, status of Jerusalem, security mechanisms/implementation and whether Israel/Palestine will be one or two states (or a third alterative could be derived). There is a well-established infrastructure for executing online surveys in Israel which our work can exploit

Conjoint analysis could be particularly useful in Colombia following the unsuccessful referendum of October 2016 and the government’s decision to implement a revised agreement. After the peace settlement failed to be supported in the referendum, the government opted to bypass voters in order to implement a revised agreement. Progress in passing the legislation to implement the agreement has been problematic, however. This was a bold but electorally risky decision by President Santos that requires better understanding of public opinion. Future projects will be also able to introduce the merits of conjoint analysis into the study of the Colombian peace process and guide government decisions. We will focus in this case on both on the dimensions of the peace settlement that were contentious in the referendum including the granting of political rights to FARC and also on design of legislation to implement the settlement. The goal here will to understand if the settlement can be adapted in the implementation phase to ensure greater public support and legitimacy.